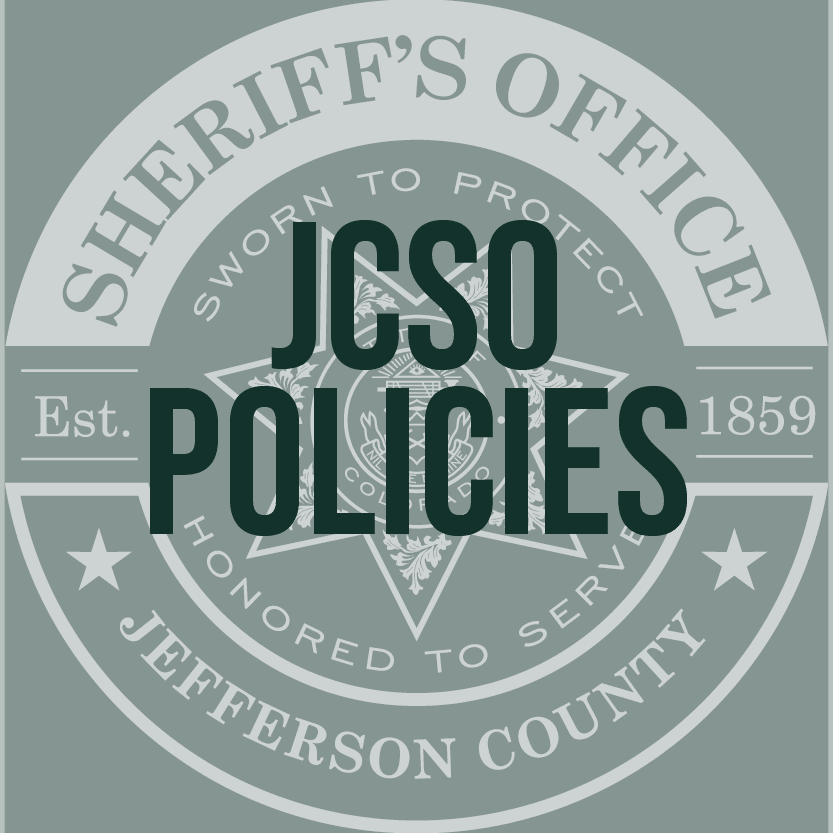 The Jefferson County Sheriff’s Office is committed to transparency with our community. This includes sharing our policies so residents understand how our employees do the difficult work of keeping the community safe.

We review and update our policies regularly to ensure that we are in line with the best practices within the industry as well as are consistent with Colorado and federal law.