The First Judicial District Attorney’s Office is composed of more than 180 attorneys, victim witness specialists, investigators and support staff who serve the people of Gilpin and Jefferson counties. We are committed to creating safer and healthier communities for all through community partnership, alternatives to prosecution, transparency and equity.Learn more on the First Judicial District Attorney's Website. 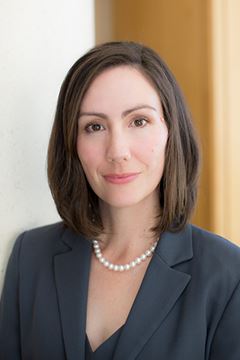 Alexis King was born and raised on the west side of Colorado Springs. Alexis earned her B.A. at Hollins University in Virginia and returned home to Colorado to work on behalf of survivors of intimate partner violence at a community non-profit.

Her experience drove her to attend law school and in 2006, she graduated from the Sturm College of Law at the University of Denver, and then clerked for the Honorable William Robbins in Denver District Court.

Thereafter, Alexis became a Magistrate Judge in Denver where she presided over alternative courts as well as Denver's first effort to reduce the incarceration of people struggling with addiction, mental health, and poverty.

Before taking office, Alexis returned to her non-profit roots at the Rocky Mountain Victim Law Center as a Title IX and Victim Rights' Attorney, where she advocated on behalf of students facing gender-based violence and survivors in the criminal courts.