The First Judicial District includes the counties of Jefferson and Gilpin, to the west of the Denver metropolitan area. Jefferson County is one of the most 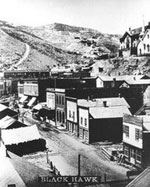 populous counties in Colorado with a population of 580,233. Gilpin County lies in the steep mountain area to the west of Jefferson County. In its prime, Gilpin County was a mining center and there are still numerous mines in the area.

The cities of Black Hawk and Central City have been centers for limited stakes gaming since 1992 when the citizens approved it for three former mining towns in Colorado. These cities today bear little resemblance to their small-town, early 1800’s beginnings. Large, modern casinos and hotels are squeezed into the landscape of the small mountain communities and bus and car traffic is constant on the winding mountain roads that lead to the area. Gilpin is one of the smallest counties in Colorado, both in land area and population, with approximately 6,013 residents. Black Hawk and Central City have seen tremendous growth in commerce and the number of visitors as a result of gaming, as well as an increase in their criminal case filings. 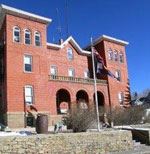 unincorporated sections of their respective counties, as well as the maintaining the operation of their detention centers, or jails There are two colleges, the Colorado School of Mines, and Red Rocks Community College each with their own police departments, who also present cases to our office. The District Attorney’s Office also works closely with numerous other agencies including the Colorado State Patrol, the Colorado Bureau of Investigation, the Division of Gaming and the Colorado Attorney General’s Office.

The Office of the District Attorney is charged with the prosecution of all state criminal offenses occurring in Jefferson and Gilpin counties. In 2019, that amounted to 4,924 felony cases, 32,263 misdemeanor and traffic cases, and 666 juvenile cases. These cases are handled by a staff of 175 of which 72 are prosecutors.

The remaining staff is composed of investigators, victim / witness specialists, diversion counselors and various support staff. We operate adult and juvenile diversion programs for first time, non-violent offenders and are also involved in the management and operation of the Juvenile Assessment Center (JAC). The JAC is a model program, one of the first of its kind in the country, and is designed to help provide early intervention and assessment for juvenile offenders.