The JCSO has great vision with great people. 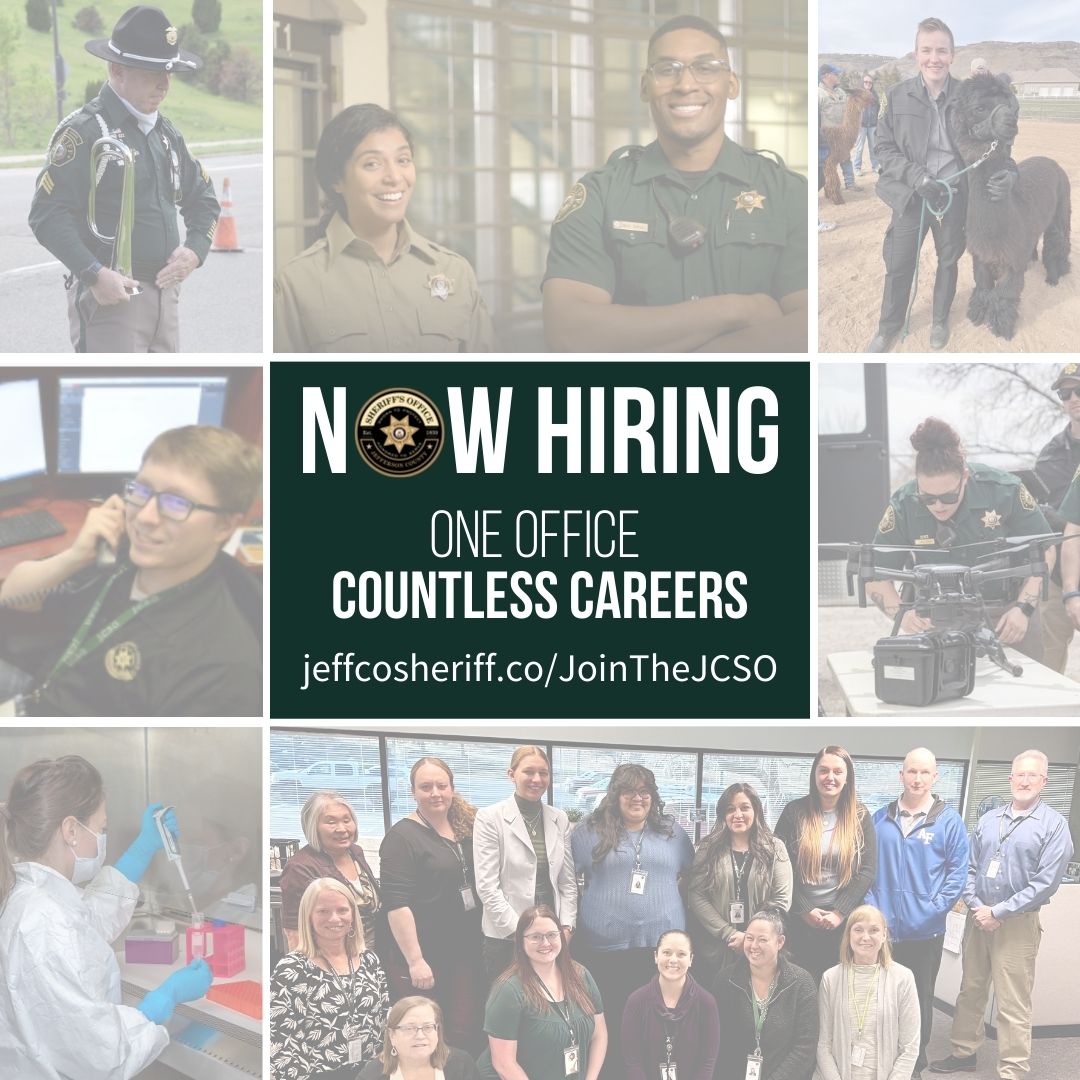 The Jefferson County Sheriff’s Office is a professional organization of committed men and women who share a vision of contributing to the quality of life for our community. Because of that vision The JCSO will continue to be a leader in providing superior law enforcement services to our community. 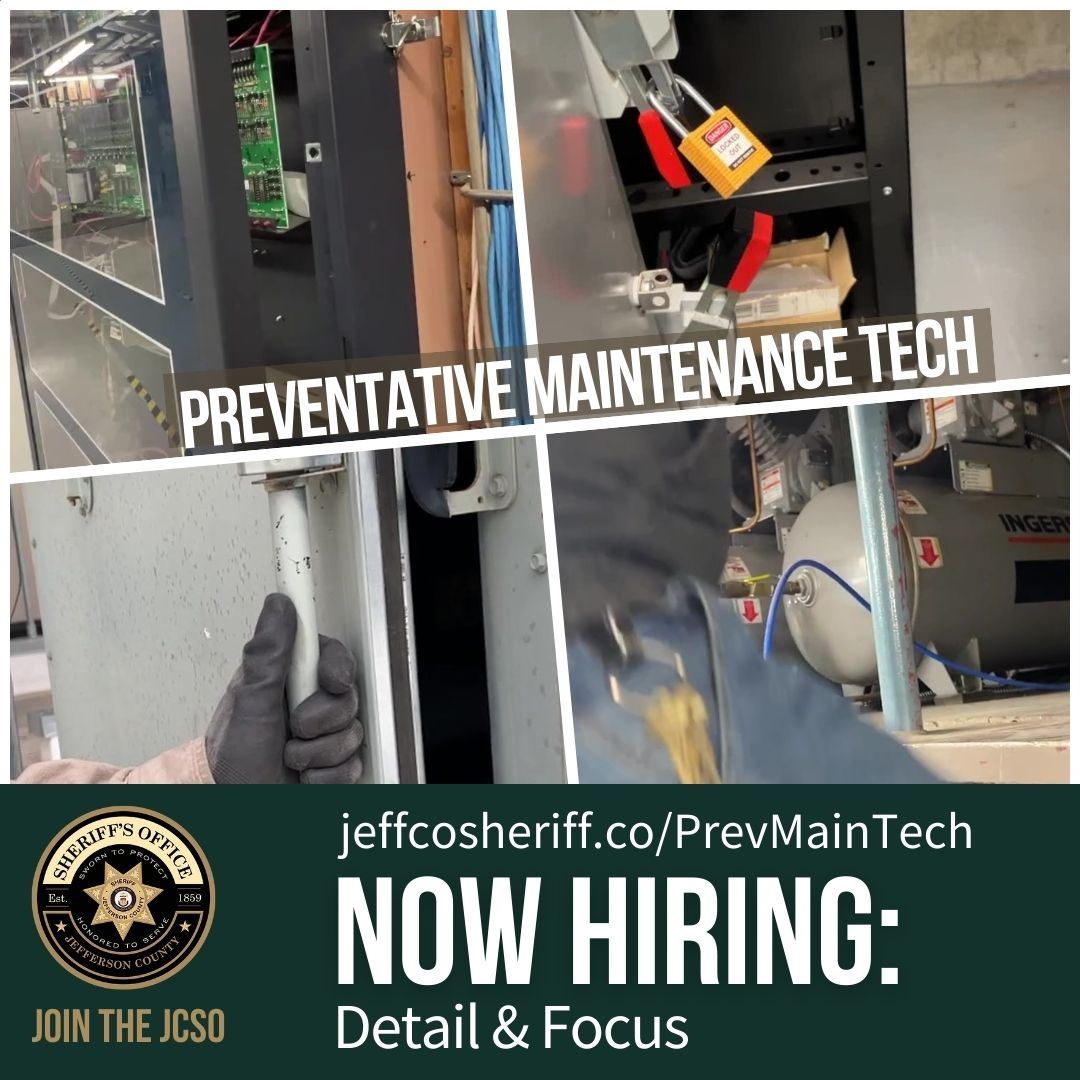 The Building Maintenance Electronics Technician is responsible for performing skilled work in the maintenance and repair of Sheriff's Department building and detention facilities, with particular emphasis on electrical systems installation and repair. Also performs welding and plumbing maintenance repair. If this type of skilled work is in your wheelhouse, come join our family! 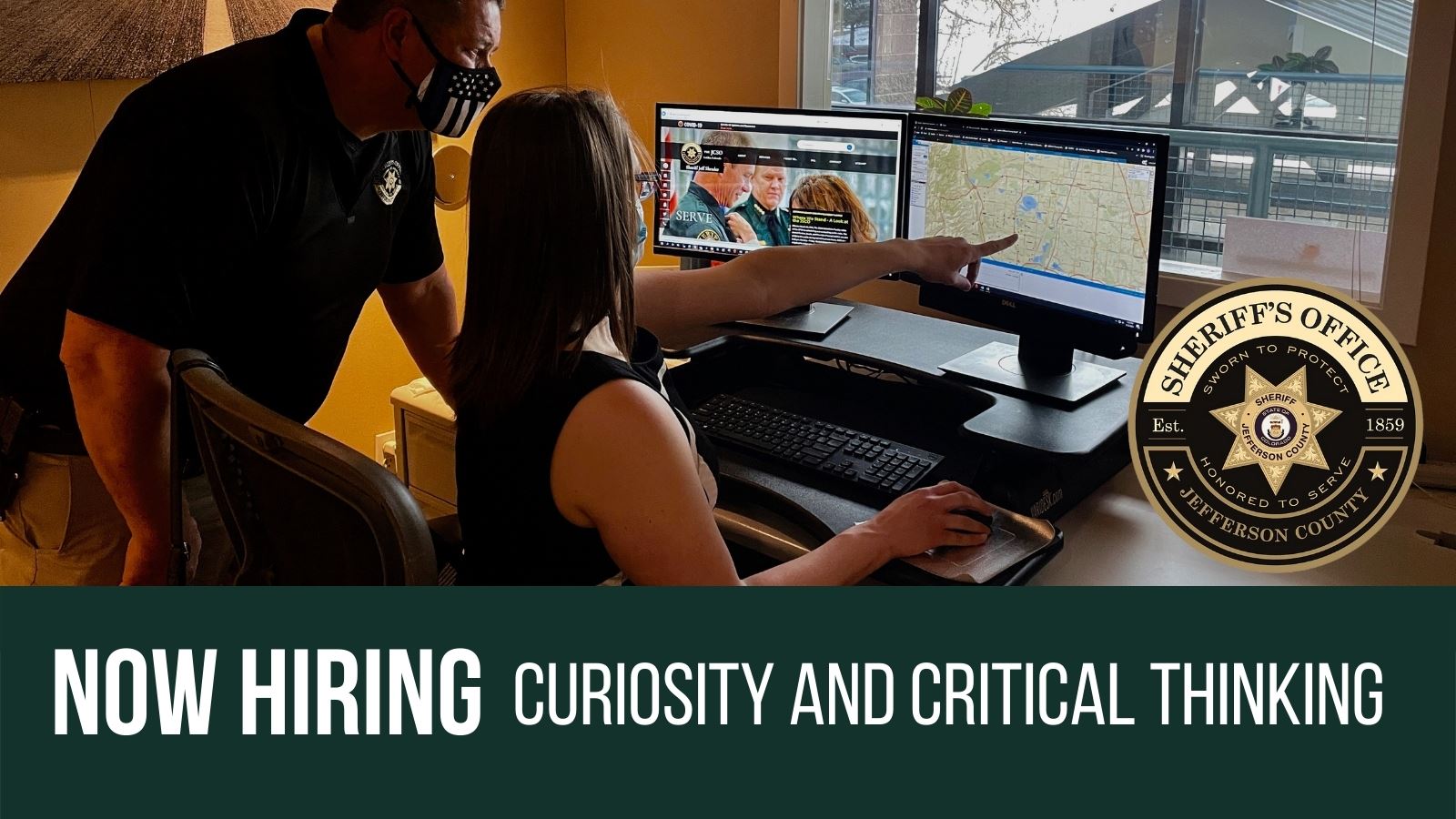 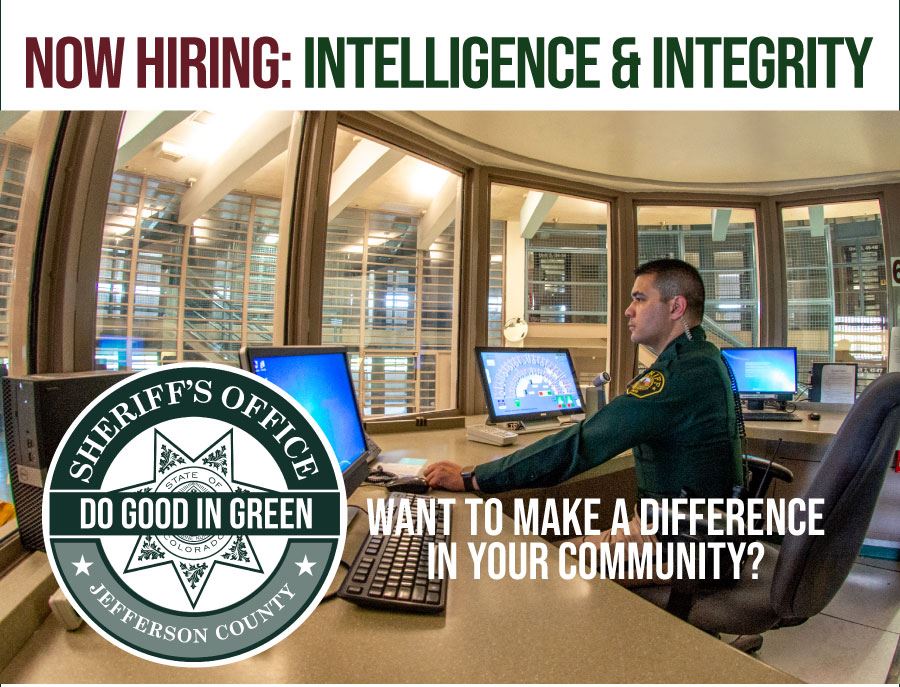 Detention deputies can transport inmates, provide court security, train new recruits, join the tactical team, climb the ladder, and so much more. The possibilities are endless!

Detention deputies work three 12-hour days per week. That’s four days off a week to do all the other things you also enjoy. And the starting salary is $58,521.78. But only for nine weeks. After you graduate from the academy, you’ll be making $66,221.63 with a top salary of $94,293.24 after merit and time in grade-based pay increases.

Those who successfully complete this process will join one of Colorado’s oldest and largest sheriff’s offices to help make Jefferson County a safe place for all people to live, learn, work, and play.

This is not a job. It is a calling.

If you are called to the Jefferson County Sheriff’s Office, you will find the duties, qualifications, and information on how to apply below. 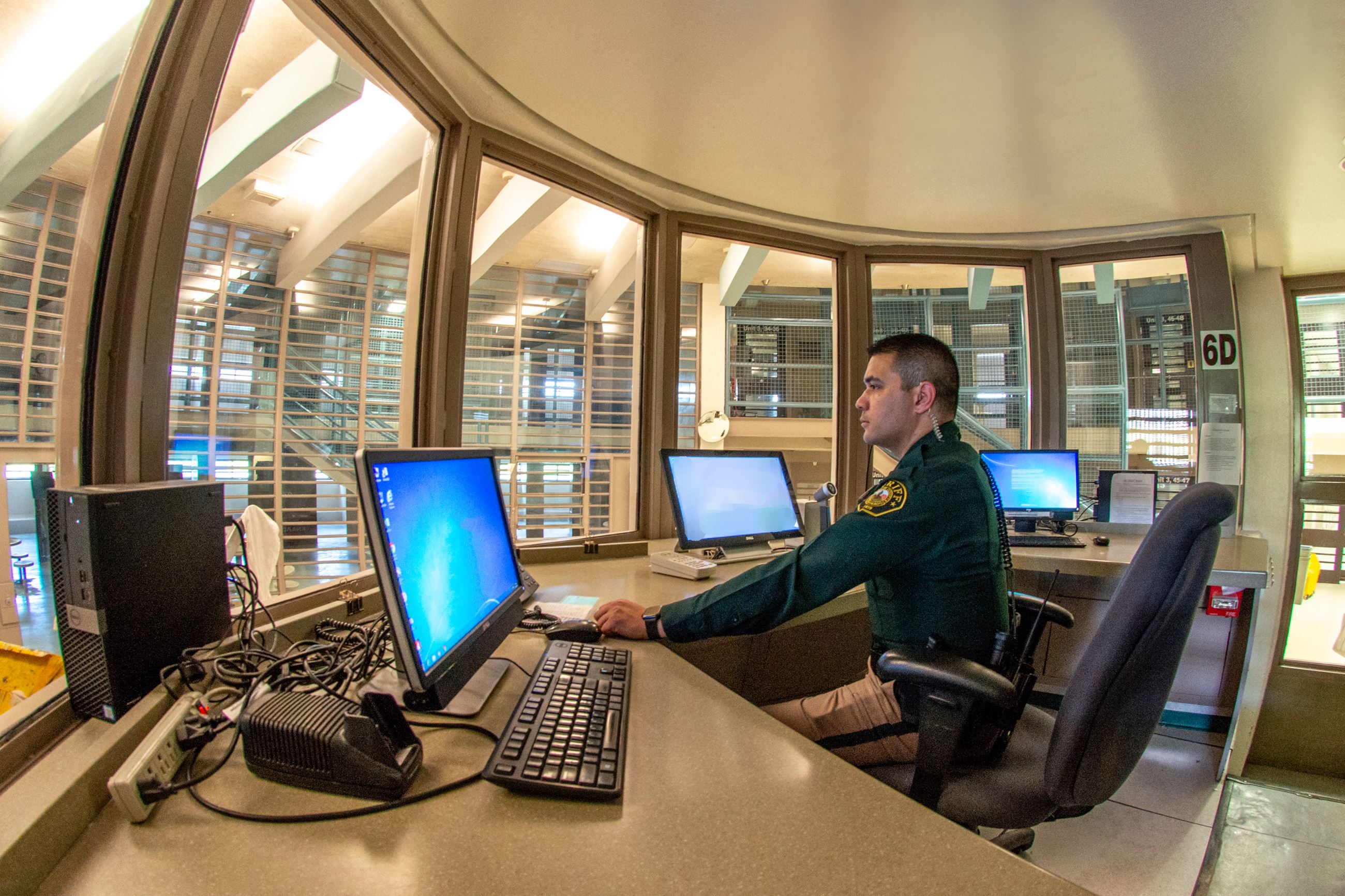 This is a lateral position for a deputy who is currently employed with another department. A Detention Deputy's work involves classifying and assigning inmates to jail housing, explaining rules and regulations, maintaining security and control of an assigned area of facility, preventing violence and supervising inmate activity, directing visitors, supervising distributions of meals and services to inmates, providing security in the public lobby, operating central control panel, preparing various reports and logs, conducting periodic inspections, and assuming other duties of Deputy Sheriff, as directed by policy, procedure and post orders.

This is not a job. It is a calling.

Do you prefer routine or diversity in your day? Like both?

You can experience the stability of routine and the refreshment of change as a JCSO Detention Specialist. Be a crucial part of our innovative environment that adds new initiatives, specialized housing units, and beneficial programs to reduce the likelihood individuals will return to jail once released. This career is key to better help inmates with behavioral, mental health, or substance abuse issues. A detention specialist doesn't generally have physical contact with inmates but performs an integral part of monitoring and managing inmate, visitor, and employee movement in the facility.

Join us to Do Good In Green and play a crucial role in ensuring the safety and security of one of Colorado's most extensive detention facilities, with cutting-edge technology and a clean environment. 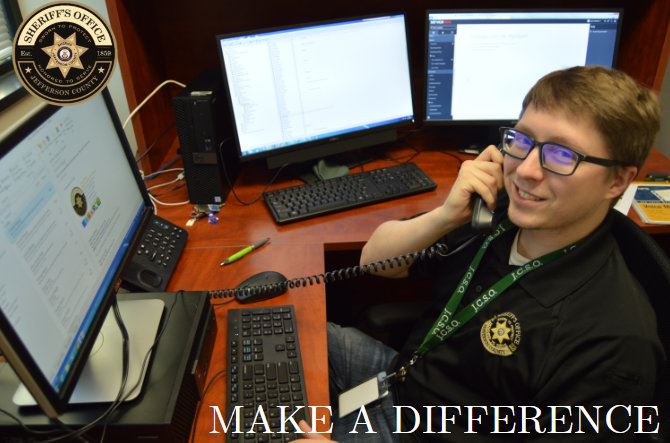 The Inmate Services Technician serves as the first level for the booking intake of arrestees, inmate money, property, and maintains jail records throughout the inmate’s incarceration.

Under general supervision, an Inmate Services Technician performs specialized administrative and accounting work for the Detention Services Division of the Sheriff’s Office.

Technicians are responsible for calculating an inmate’s release date, as well as determining whether an inmate is eligible for release from custody.  Other responsibilities include scheduling court appearances, notifications regarding inmate release, analyzing, monitoring, and updating the custody status, charges, bonds, and cash account balances for inmates throughout their incarceration, which results in interaction with inmate detainees. The work also includes using multiple computer systems to enter, retrieve information, and provide information to incoming calls from the public and information requests from inmate detainees. 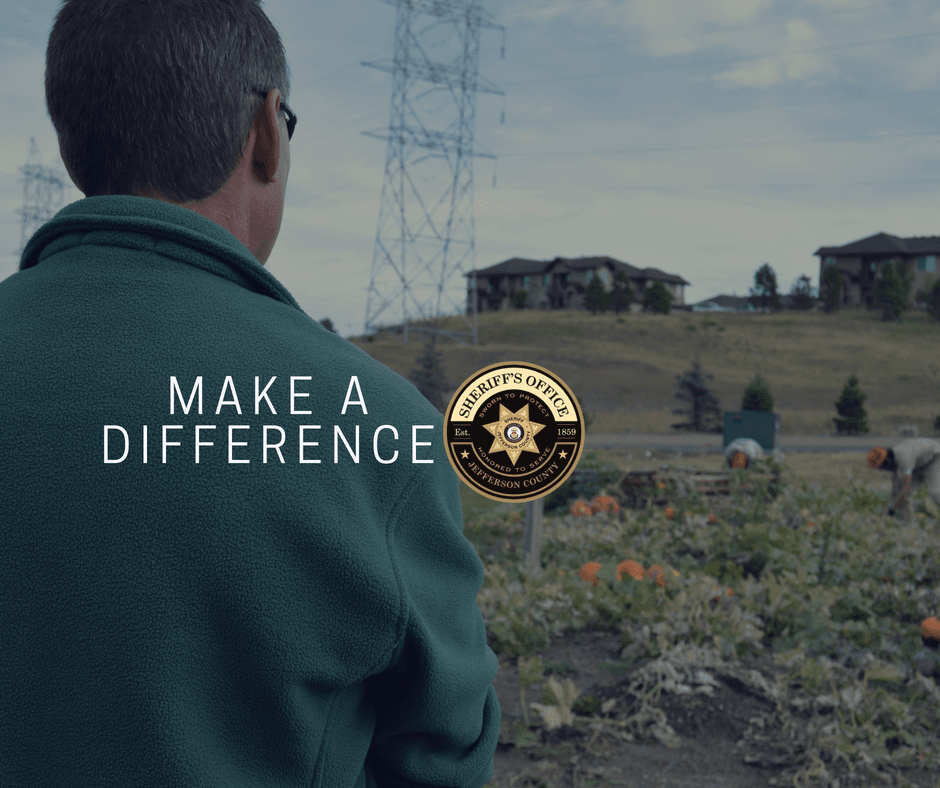 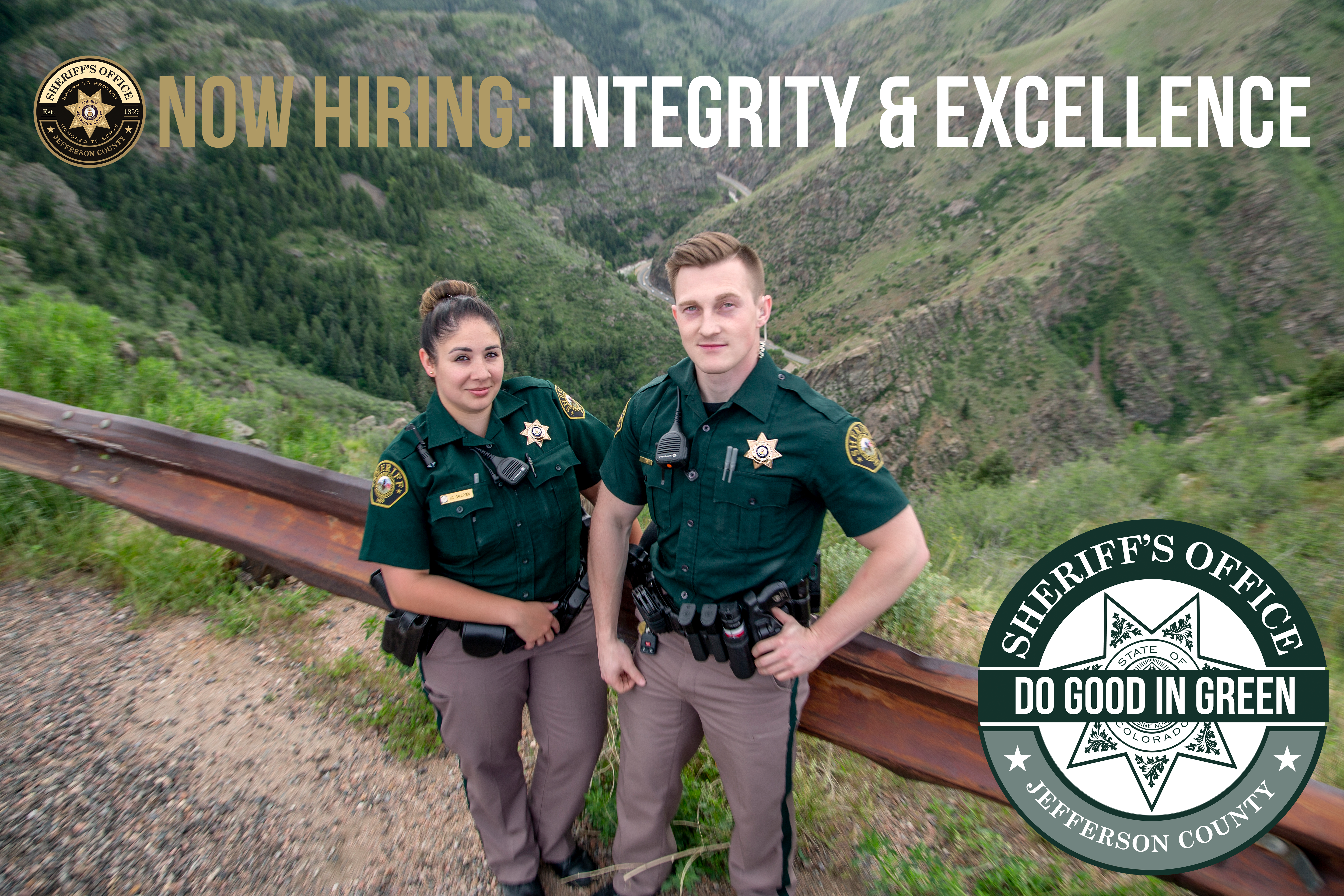 The Jefferson County Sheriff’s Office (JCSO) is seeking applicants with experience as a full-time peace officer who are currently employed by a state, county or municipal law enforcement agency and in good standing; or have been separated as a peace officer for two years or less; or law enforcement academy graduates looking for a career agency to start gaining their public safety experience.

Additionally, JCSO is seeking applicants who have current experience in specialized units such as Motorcycle/Traffic, SWAT, Canine, and Investigations. Immediate assignment upon completion of an accelerated field training program is possible.

The Preventative Maintenance Technician is responsible for assisting building operations and repairs for the Sheriff's Office complex. What kind of person is the JCSO seeking?  The one who believes in core values and ethics, who is professional and knowledgeable, and who isn’t afraid of a new challenge. The jack-of-all-trades that wants to make a difference in their community. 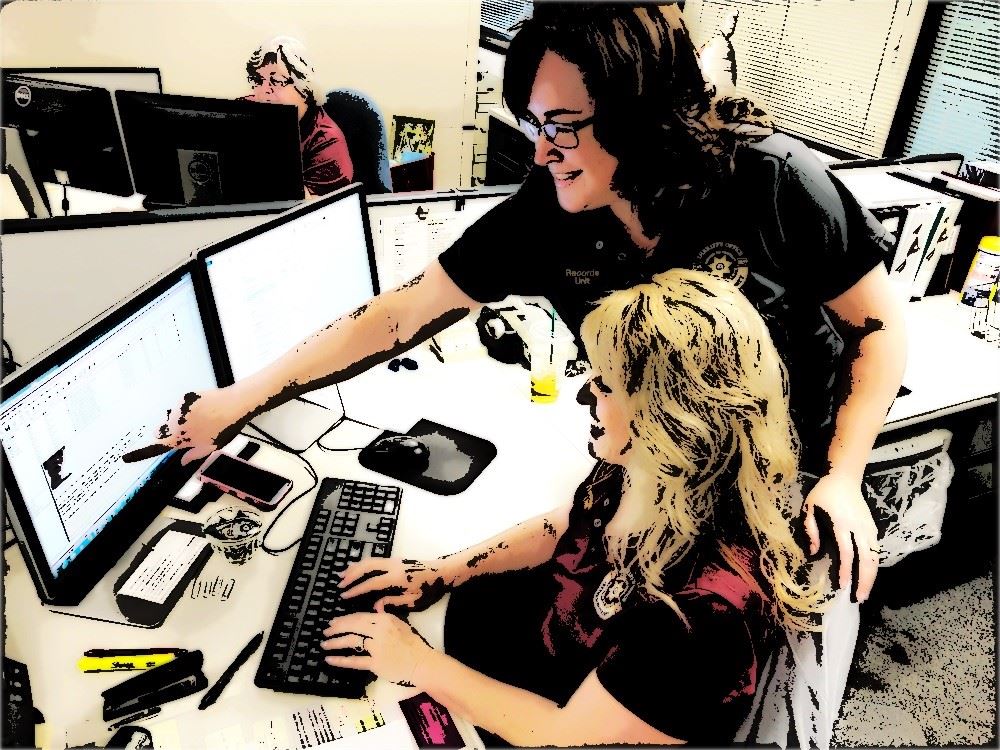 The Records Department is the backbone of the Sheriff's Office. We rely on them to ensure accuracy of all criminal justice information. If you have great attention to detail, love to supervise and inspire a great group of people, and have a passion for accuracy, don't hesitate to apply for this position!

The Records Supervisor is responsible for planning, organizing and directing the activities of the Records Unit for the JCSO. You will work closely with the Records Section Manager to monitor unit efficiency and to ensure compliance with local, department, state and federal policies and procedures. 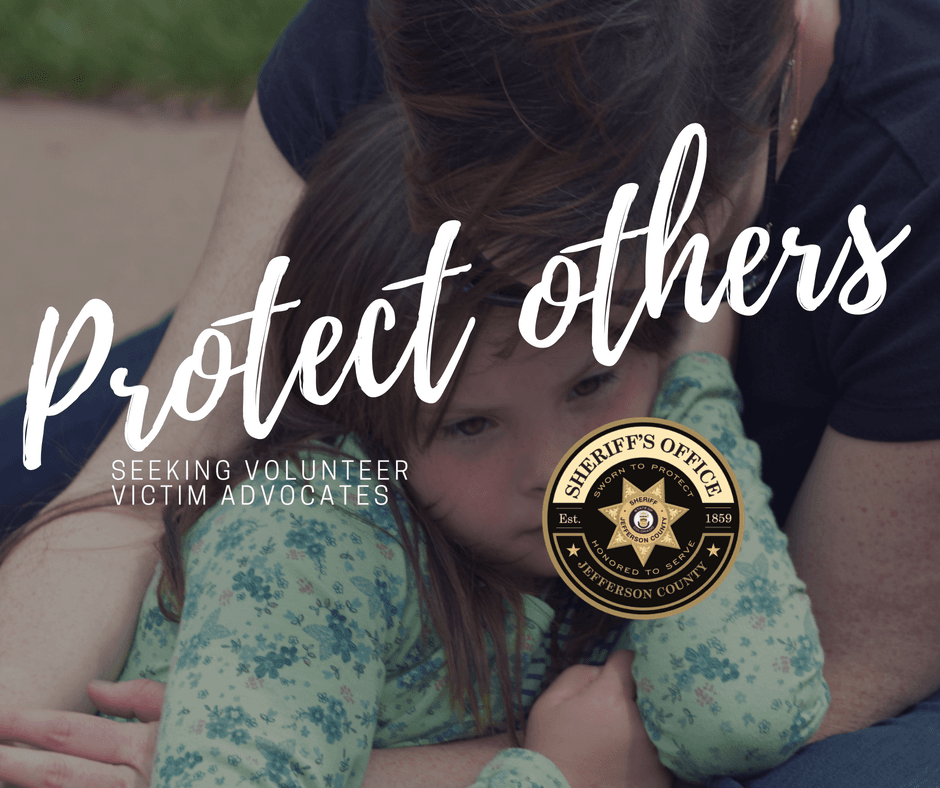 The JCSO is seeking volunteer victim advocates to perform specialized counseling work as a call-out advocate for victims and witnesses of crimes. Make a difference and apply to be a Volunteer Victim Advocate today!

Applications are processed throughout the year.

A commitment to modern, community-policing principles, along with a proactive approach to crime prevention, creates a professional and engaged workforce. From line-level staff to the sheriff, we are accountable for partnering with citizens to solve crime and quality-of-life problems in JeffCo communities.

Sheriff's Office employees make a difference in their community every day. We affect people’s lives positively by apprehending dangerous criminals, reaching out to crime or crisis victims and helping the underprivileged through community programs.

A deputy may spend part of his or her career in a myriad of assignments: School Resource Officer, K-9 or civil deputy, motorcycle or bike units, or as an investigator. He or she may also be tracking drug activity in and around suburban Jefferson County and may later live and work as a resident deputy in the rural mountain area.

Professional employees work in a variety of functions from emergency management to animal control and crime analysis to criminalistics. The supportive administrative functions are vital in supporting The JCSO mission, vision, and values.

Jefferson County is located on the western edge of metropolitan Denver and offers urban and rural lifestyles, and thriving mountain communities in the Rocky Mountains. Just minutes from downtown Denver, Jefferson County enjoys fantastic weather, with more than 250 days of sunshine per year, with an abundance of national, state, and local parks.

Jefferson County has a nationally acclaimed school district and a highly educated workforce. Residents and businesses have convenient access to higher educational institutions and a terrific base of heritage companies creating world-class technologies and products.

Despite being relatively large, the Sheriff's Office retains a family atmosphere. In addition to the welcoming staff, there are internal programs in place, including peer support, employee assistance, and a robust alumni that provide support to employees and their families.

If you are considering a career at the Jefferson County Sheriff's Office and would like to schedule a tour or ride-along to get a better understanding of the job, please click here.

If you need assistance completing an electronic application, or have any other questions about the hiring process please contact recruiting at 303-271-5332.