David Francavilla’s office in Lakewood is a museum of military memorabilia. Hundreds of pins and medals rest on top of a filing cabinet near the door. On a shelf nearby are a few interesting minerals alongside a heavy metallic piece of shrapnel from 1916’s Battle of Verdun. He’s happy to give the guided tour to those who are want to listen and learn a few things.

“This is a clamshell I found in the middle of the desert,” he said as he plucked another knickknack. “Can’t remember if it was United Arab Emirates or Saudi Arabia, but look at it. It proves that there was ocean.”

Many of the items now found in David’s office in Lakewood were gathered during his 32-year career in the Army. He saw combat several times and led groups from the platoon to the brigade on his way to earning the rank of colonel.

David’s strong family ties to the military eventually paved a path for him to enlist after college. He’s modest about his time in the Army, but he’ll admit that “it was a good career.” His last position in the military was as a chief of staff. But even for David, returning to civilian life was an adjustment.

“Then I went to retire and didn’t think much about any type of veterans services,” he said. “Can’t even say I really knew they existed.”

It wasn’t until David started working a high-level job with the VA that he saw the scope of benefits available. While working a mock funeral at Ft. Bliss, he met Dr. Diane Ricci, who encouraged him to get evaluated and check out his options through Jefferson County.

With the guidance of an experienced Veterans Services Officer, David was able to access medical assistance for conditions that he had just dealt with previously, but were affecting his physicality.

“I have neuropathy in the legs from heavy metal poisoning, tinnitus from all the shooting and heavy equipment. She was an expert at knowing those services,” he said. 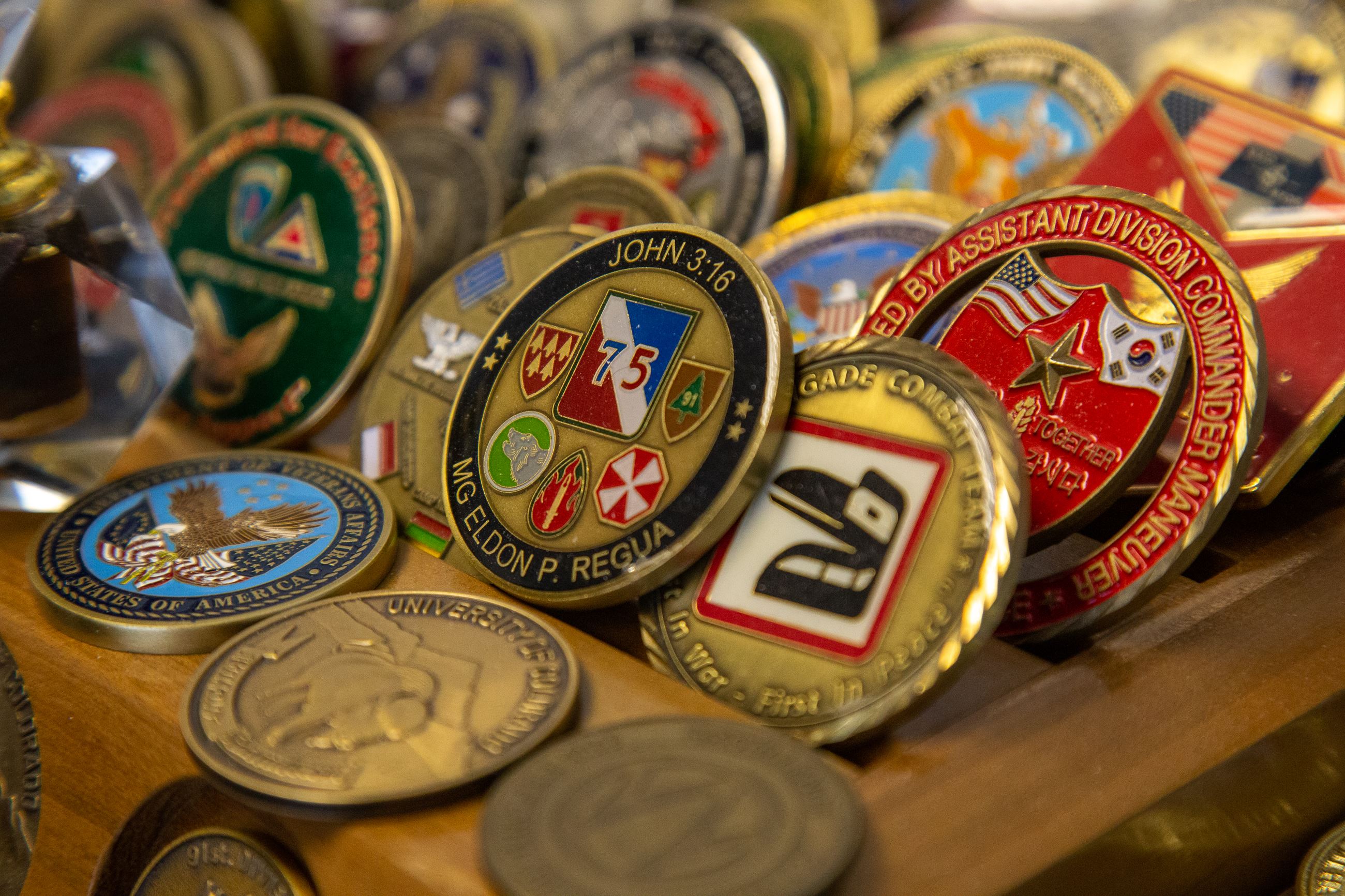 Beyond the medical services, David was also to get college tuition support for his daughters.

David recognizes that veterans often pass up on services or try to tough it out unnecessarily. His best advice for anybody who served in the armed forces is to ask questions and see what’s out there. Even just by enrolling, veterans are helping their brothers and sisters at arms by showing up and being counted.

“For many soldiers, sailors, airmen and marines, it’s ‘I don’t need that. I’m not disabled.’ But they’re missing it. It happened to me and I’ve heard it happen to so many others,” he said. “There’s also mental health. When somebody’s in mental pain, it can be excruciating as a compound fracture. It can be devastating, but many of us will say ‘I’m fine.’ That leads to more problems.”

“Veterans don’t know when I don’t apply to the VHA for my benefits … I’m actually not helping my combat brothers and sisters,” he said. “Hospital care systems they get between a couple hundred and $9,000 based on your priorities ... and their budget is adjusted. So by applying to the VHA you could actually help other people. It helps the hospital help other veterans even if you don’t participate.”

David, who now works to help other veterans access services, says the scope of what’s available is staggering.

If you are a veteran in Jefferson County, connect with the Veterans Services Office by calling 303-271-4574 or by visiting https://www.jeffco.us/2685/Veterans-Services. 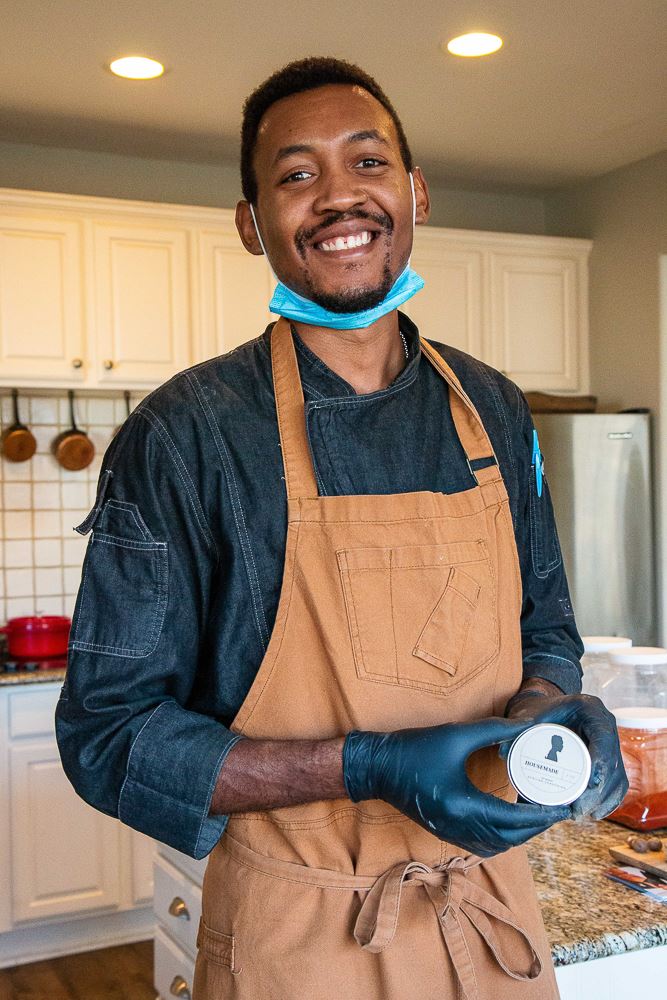 GeQwan, 27, has taken life’s tough-love lessons with a grain of salt and built a culinary career, as well as a successful spice business.

The former foster youth found his passion for food while working in restaurants as a teenager. As his home and work environments changed around him, GeQwan relied on the resilience that he had developed over the years encountering violence and uncertainty before being placed with a foster family.

“I adapt quick. Because throughout my childhood and teen years, everything was always changing. Day by day, you never know what’s going to happen. I had guns pointed at me just for walking my dog, people getting beat, not knowing where your next meal is coming from, all types of stuff. Me observing and doing my best to stay under the radar help me to adapt.”

In his teen years GeQwan took several low-level kitchen jobs, washing dishes and doing basic prep work. He observed the other kitchen staff keenly and learned as much as he could. It wasn’t long before he started taking on more responsibility and progressing up the culinary food chain.

“That progression felt natural, and I don’t think a lot of people can say that. It came natural to me. When the teacher asks you what you want to be, nobody says cook. It’s dark. There’s certain places and events throuought my teen years in the industry that were super dark. It just comes natural because I felt like I was prepared. The yelling, the screaming, that was nothing new to me because my childhood was yelling and screaming. Verbal insults, people always picking at you, that’s no different than the environment I came from. I’m not saying the whole industry is like that, but you’ll come across it.”

Even as a kid, GeQwan had a rare combination of entrepreneurial spirit and indelible work ethic. As a six-year-old, he started selling candy in his neighborhood. As a teenager he started doing the chores that other kids in the foster home refused to do to make extra allowance. It was in that foster home where GeQwan’s potential was first recognized by a father figure and eventual mentor.

During one of the home’s weekly “Chicken and Beef” meetings – where the foster kids discussed whether they were cool with each other or if they had any “beef” to work out – GeQwan received some much-needed guidance.

“One day I was heated, about to do something that would have cost me. He sat me down and worked with me. He said you can’t have people get to you. He worked with me, and that was the support that I never got.”

For GeQwan, the demanding environment of commercial kitchens was a place to escape. The outside world presented challenges and disruptions from gang violence to dishonest individuals to a variety of other things outside of his control, but the kitchen was a blank canvas for GeQwan, a place for him to create and control.

Even though he started at the bottom as a dishwasher and prep cook, GeQwan was always listening and learning from those in front of him. He remembers vividly a lesson he was taught by a high-ranking chef early on.

“He knew I had a lot on my mind. I was still in foster care, thinking about my past and why I’m here. He said whatever it is outside problems and out there, you have to leave that at the door. When you come in this kitchen, it’s a new world that you choose and you create what you want.”

After five years of grinding as a dishwasher and prep cook, GeQwan found another mentor in a head chef that took him in for his first real kitchen job. By then, GeQwan had paid his dues and was ready to take on more responsibilities.

“I told him the truth, that I have autism. That I’m in foster care. He was a genuine person who taught me all that he could. A lot of it was tough love, even though I had this or that. They knew what I wanted was to be treated just like everybody else. That really pushed me.”

GeQwan went on to be a dependable, go-to person for the team. He was quickly selected to help with catering events, where he juggled multiple responsibilities and learned teamwork in a fast-paced environment.

He took that focus and applied it to everything from then on. Whether it’s school, work, or passion projects, he employs the dedication and work ethic that got him through his teen years with plenty of skills and wisdom to show for it. 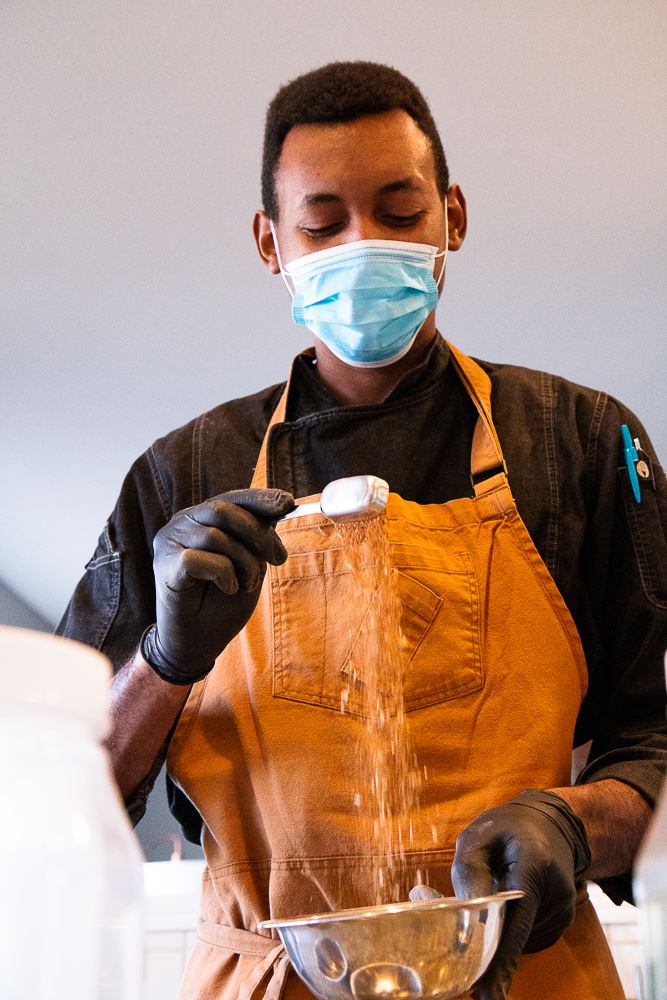 As a young adult, he traded in all his video games and hit the books. Now he’s constantly researching and looking forward to new business opportunities. His handcrafted spice business has become a successful stepping stone that he hopes to use as a springboard for launching a culinary brand of his own one day.

“I can’t run from it, so I’m going to be all that I can be in this field,” GeQwan says.

As he builds upon a life and career, GeQwan is determined to become a mentor to others and pay it forward. He says that he wouldn’t be in this position without the supportive individuals who gave him guidance when he needed it most.

“You have to pay it forward,” GeQwan said. “The world would be a better place if people started paying it forward.”

Visit the Collaborative Foster Care Program website to learn more about the role of foster parenting in your community..