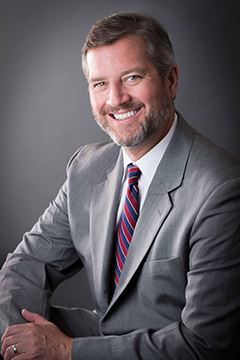 Andy Kerr is a resident of Lakewood and former state legislator. He was elected to his first four-year term in November of 2020.

Like so many Coloradoans, Commissioner Kerr has done a little bit of everything as he began his career. He has worked as a snowboard instructor, waiter, bartender and substitute teacher before getting a permanent job as a social studies teacher at Dunstan Middle School, where he taught for seven years. He then designed curriculum and trained teachers for the Jefferson County School District, and most recently, taught students from across Jefferson County and Colorado through the District’s 21st Century Virtual Academy.

He joined the Colorado General Assembly in 2006 as a member of the House of Representatives, where he eventually rose to the position of Assistant Majority Leader. He was then elected to the State Senate, representing Senate District 22 until 2018.

He has been an effective champion for education, renewable energy, and the needs of working families in Jefferson County and across Colorado.

Andy’s family moved to Lakewood when he was 8 years old. He attended Foothills Elementary School, Dunstan Middle School, and Green Mountain High School. He continued on to earn a bachelor’s degree in geography, a master’s degree in Information and Learning Technologies, and his principal’s license ― all from the University of Colorado.

He met his wife, Tammy, while he was waiting tables and teaching students. Together, they have three children, and the entire family enjoys hopping from school to lacrosse practice to swim meets and, when they are able, snowboarding/skiing, biking and hiking in Colorado’s mountains.

Learn more about Commissioner Kerr, his priorities and goals as he serves the citizens of Jefferson County via the video below.