Rocky Mountain Metropolitan Airport (RMMA) has been owned and operated by Jefferson County since 1960, and the airport has grown along with the surrounding region. Recently, flight operations have recovered to levels last seen in the early 2000s and, prior to that, the 1970s. As a public-use airport , we listen closely to community concerns about flight operations, noise and other topics. 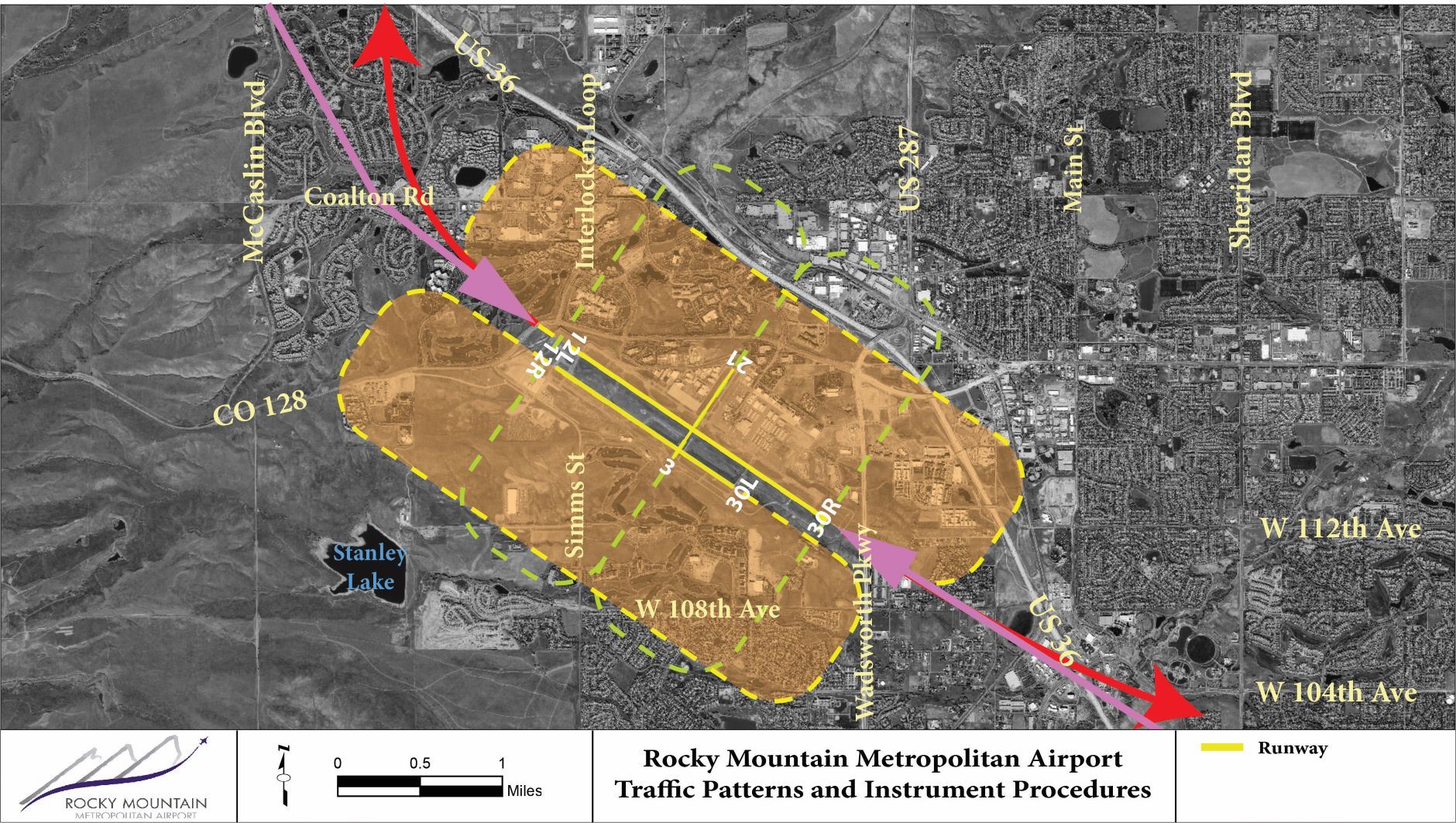 Jefferson County, RMMA and the surrounding municipalities support the formation of a community roundtable to address the concerns raised by members of local communities.

Formation of the Rocky Mountain Metropolitan Airport Community Noise Roundtable (RMMACNR) ensures representation from all potentially impacted stakeholders, including surrounding communities and jurisdictions, airport users, and the FAA, so that any requested change in aircraft operations by one community, does not negatively and unfairly impact another. This is also the FAA’s preferred venue for considering changes in airspace procedures and routing so that all surrounding communities must vet any changes in airport operations and aircraft routing.

What Has Already Been Done

See below for additional resources: