The following list illustrates some of the attractants that draw coyotes close to people.

Coyotes may view domestic pets as a food source, and large dogs as a threat or possible mate. Coyotes have taken pets from backyards, open spaces and even right off the leash. Keep your pet current on vaccinations.

The only way to guarantee your cat’s safety is to keep it indoors. Outdoor cats also face potential death from cars, diseases, foxes, parasites, raccoons, dogs and birds of prey, such as owls.

If You Encounter a Coyote

If a coyote attacks your pet, or if you have an unexpected encounter with a coyote in which the animal appears aggressive, please report the incident to Animal Control at 303-271-5070 or 303-277-0211 after normal business hours. You may also report the coyote behavior using the form below.

In the case of a coyote attack on a human, call 911. Notification will be made to Colorado Parks and Wildlife so that they can track and/or destroy the animal.

Co-existing with coyotes is possible through education and information sharing. Animal Control officers track coyote observations, sightings, encounters and pet attacks. Reporting sightings and encounters allow us to monitor coyote behavior in unincorporated Jefferson County. All reports are anonymous. Your name and address will not appear on our coyote map. Report coyote behavior. 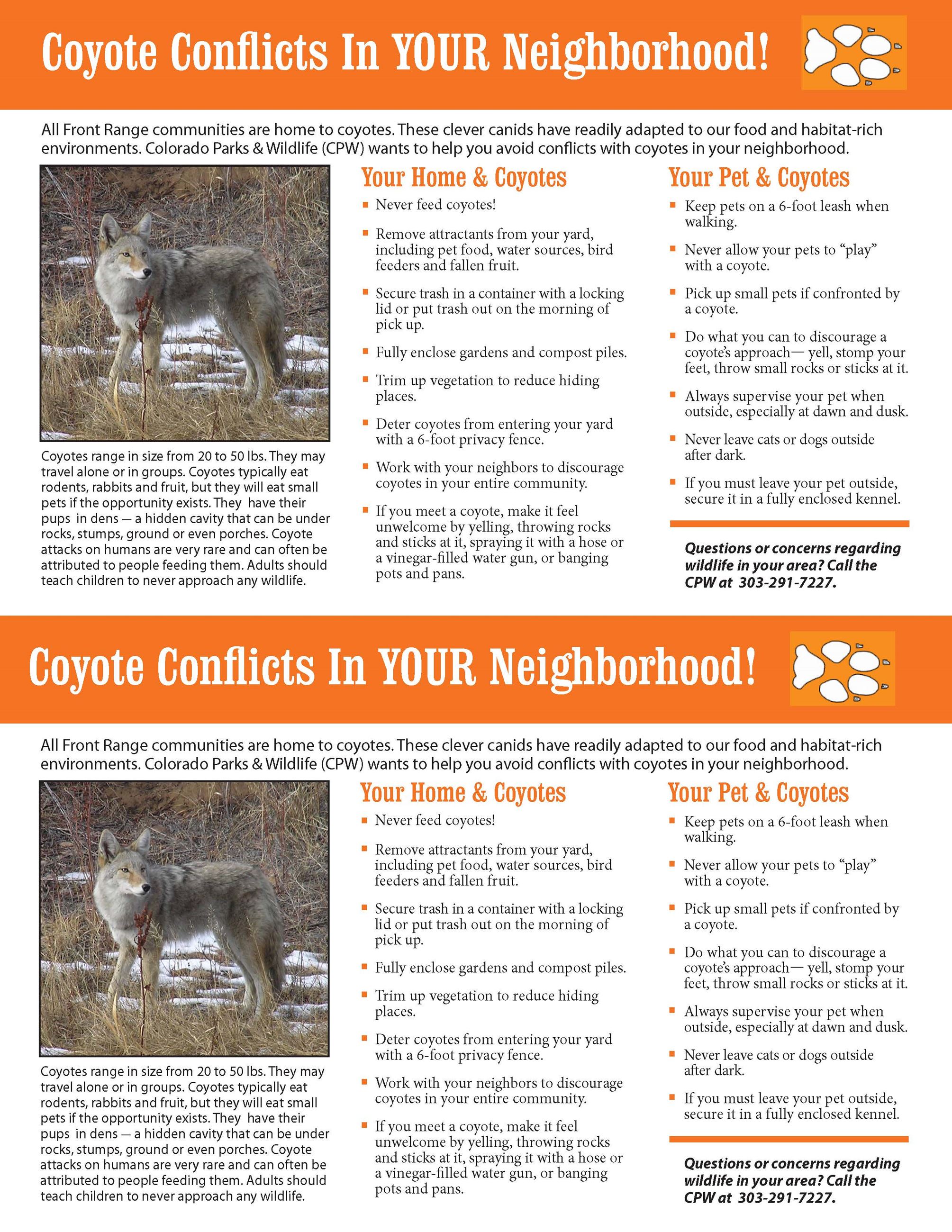