A scene response is most often made at the request of a law enforcement agency; however, the Coroner’s Office also responds to calls at other locations such as hospitals and care centers as deemed necessary when these deaths are reported by facility staff.

Law enforcement has the responsibility to determine if a crime has occurred and the Coroner’s Office is responsible for determining the cause and manner of death. It is essential that both agencies work collaboratively to reach both agencies’ determinations.

At the conclusion of a scene investigation, the coroner investigator makes a determination whether to have the body of the decedent transported to the Coroner’s Office for further examination/investigation, positive identification and/or notification of next of kin or to release the body directly from the scene.

The annual report was prepared by Melinda Rose, F-ABMDI. 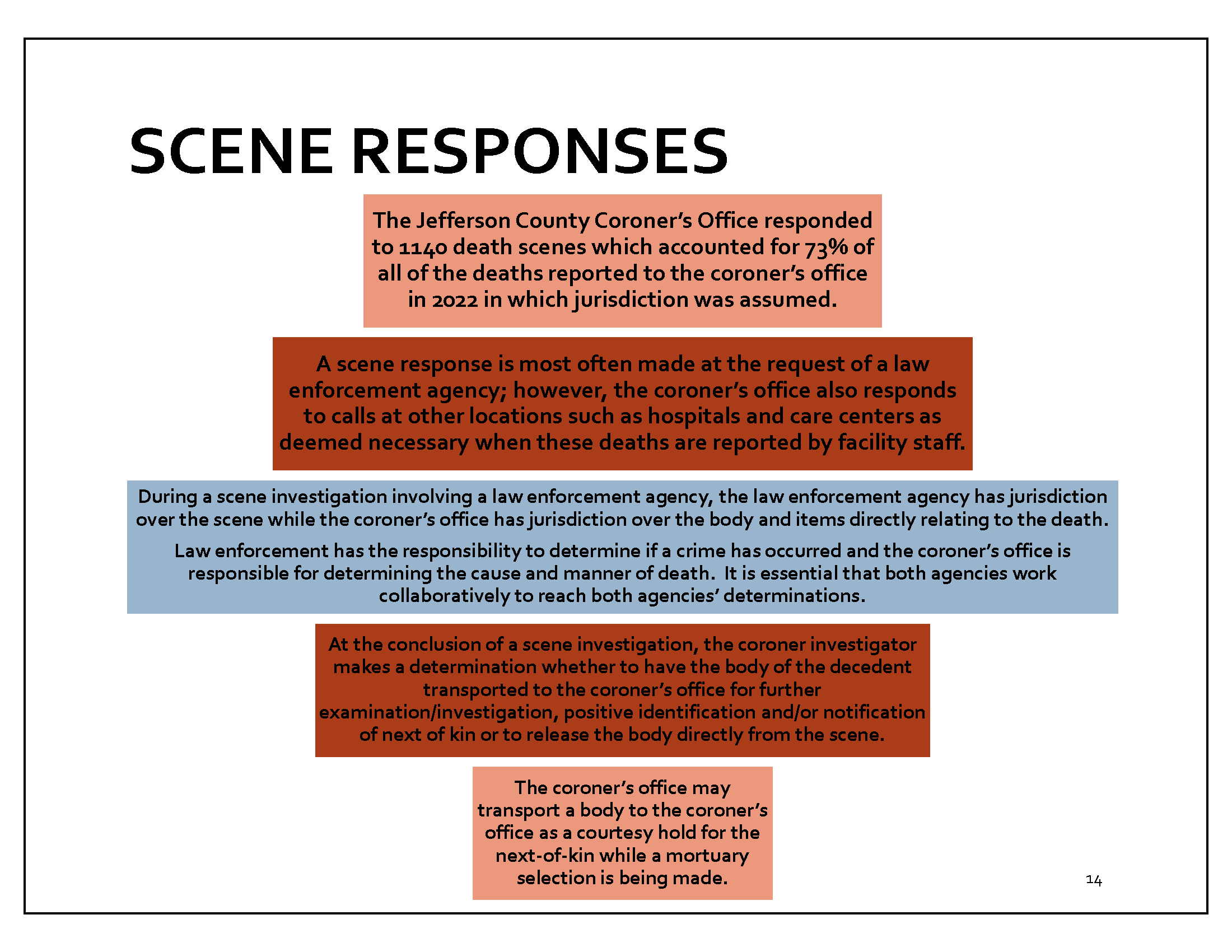 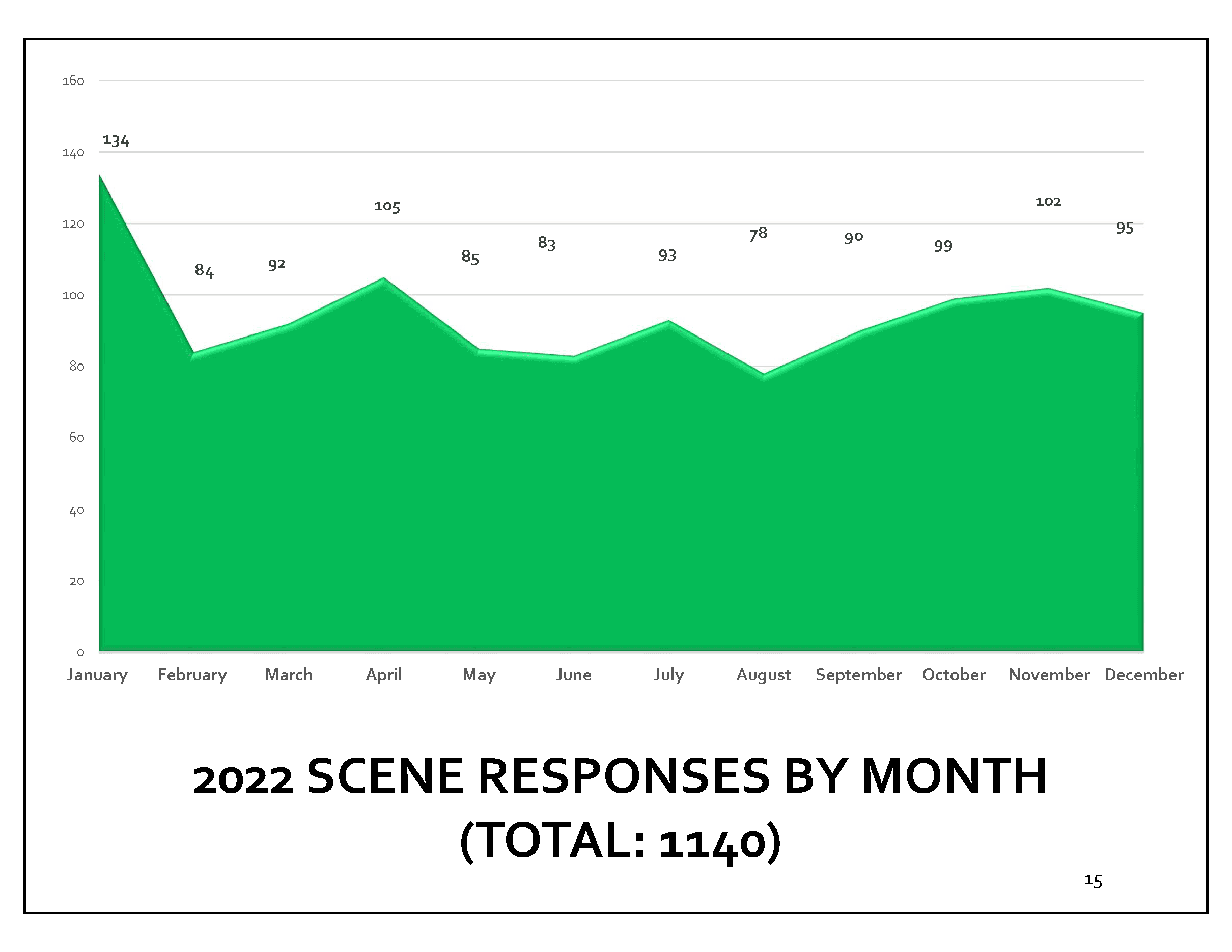 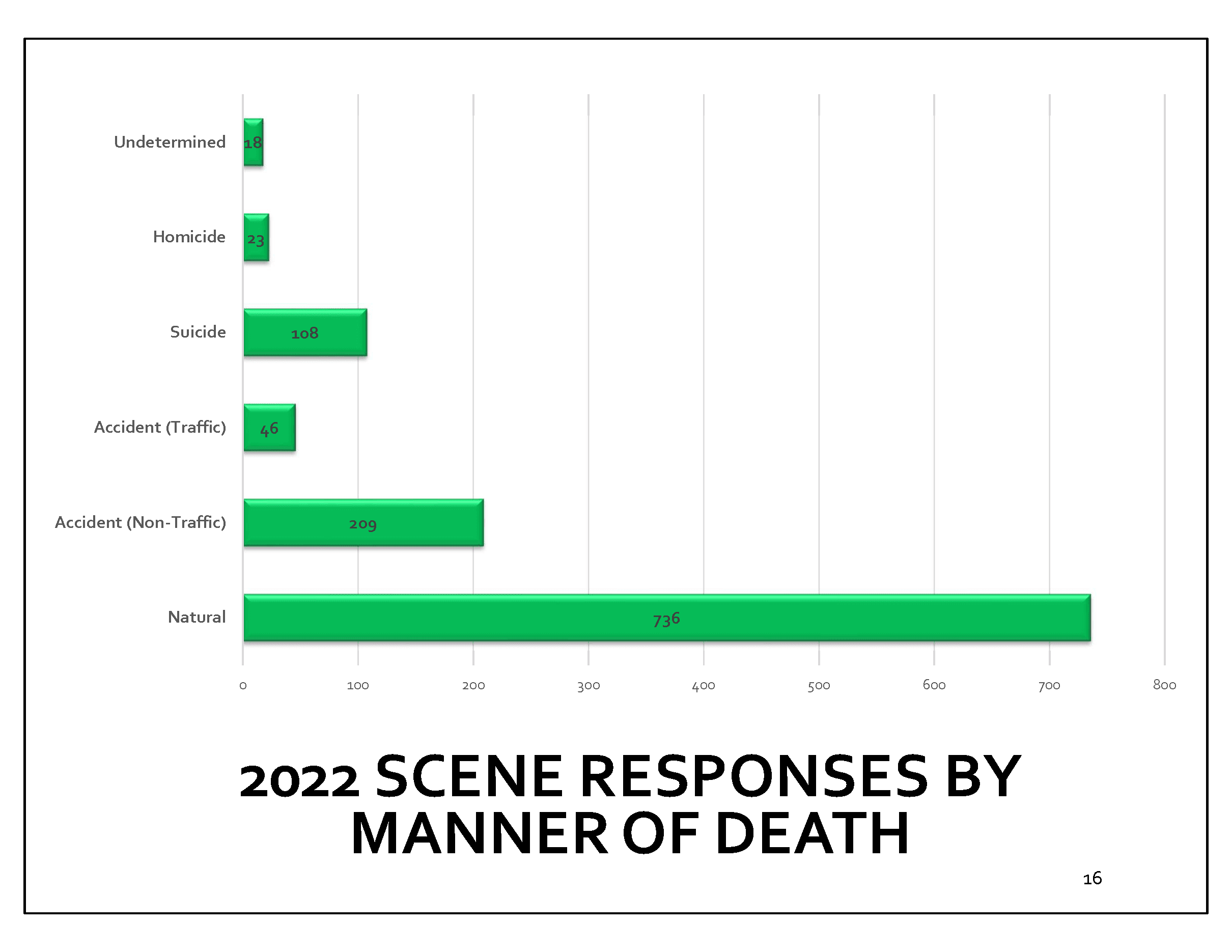 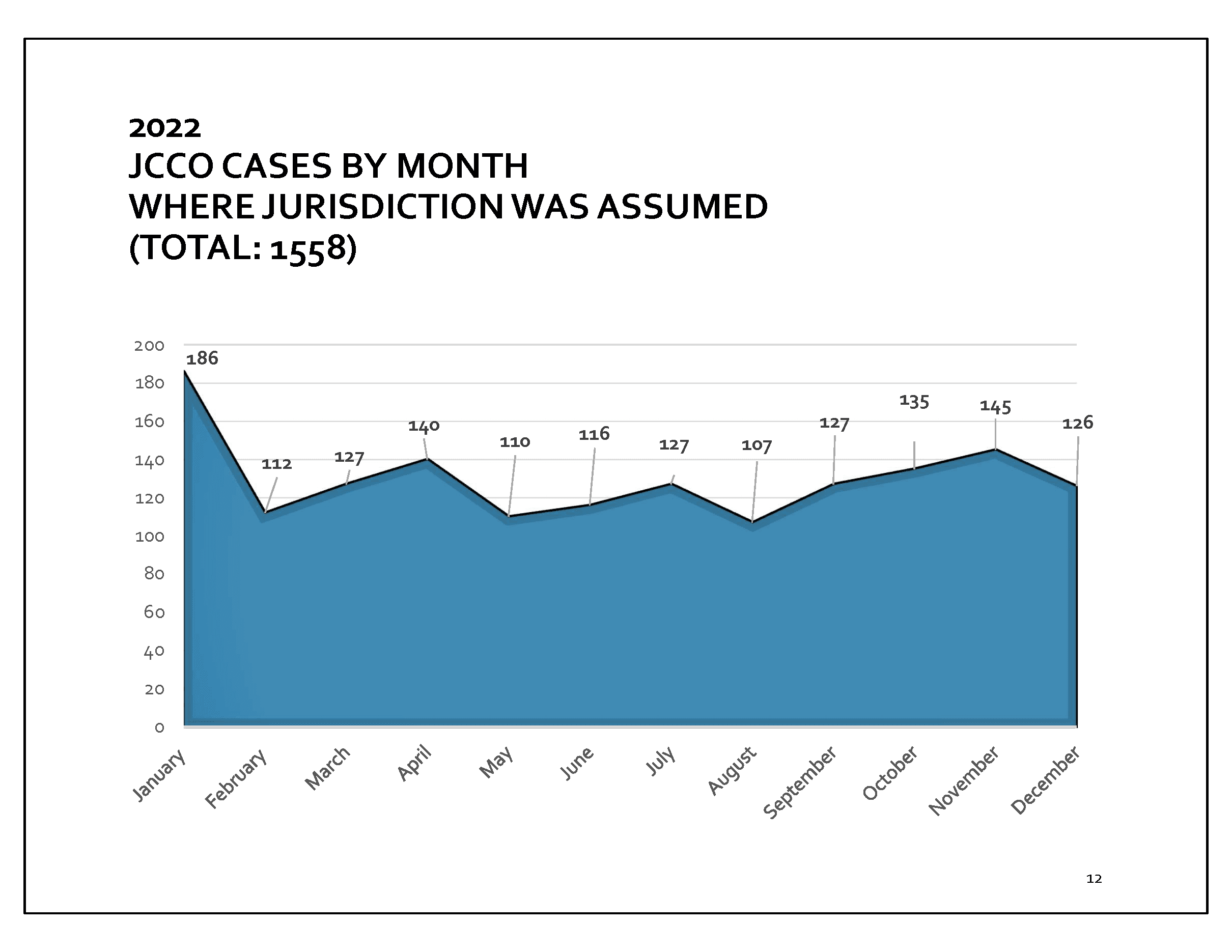