Extension of Rocky Mountain Greenway North and into Boulder County

The Rocky Mountain Greenway is one of three Colorado the Beautiful statewide priority trail projects that intersect Jefferson County. The vision of the project is to ultimately connect the three Front Range National Wildlife Refuges (Rocky Mountain Arsenal, Two Ponds and Rocky Flats) with Rocky Mountain National Park through a, multi-use, regional trail system. The project goal is to provide equitable access to Federal public lands. 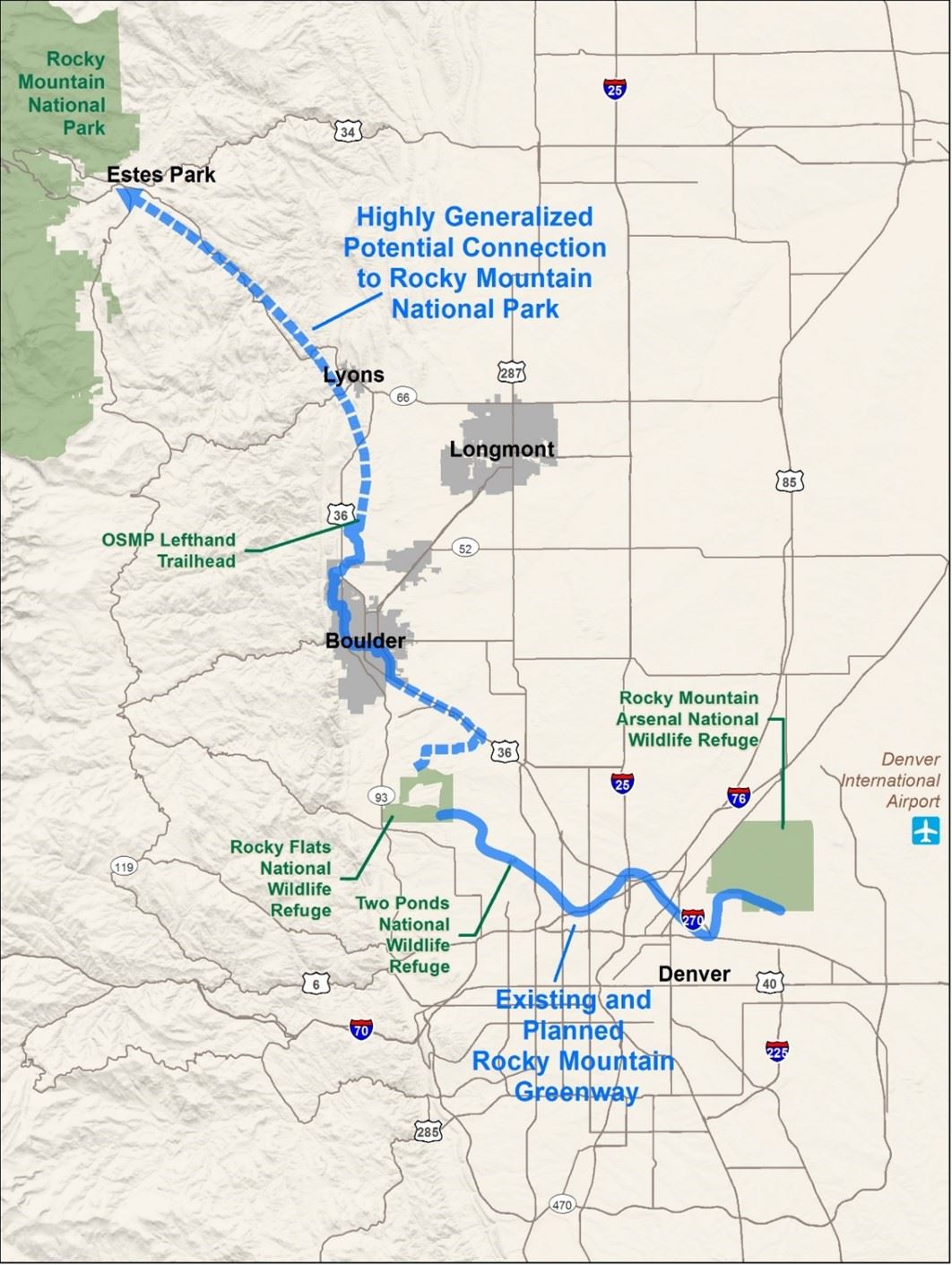 The Partner Group was successful in their application for the FLAP grant and in the years 2016-2019 conducted extensive public outreach. Public concerns regarding possible residual contaminants at Rocky Flats National Wildlife Refuge led Jefferson County, with the support of the partner group, to hire Engineering Analytics to provide an independent study. This effort included both public engagement as well as an independent confirmatory analysis (which included site-specific soil sampling for radionuclides in the areas of disturbance) to corroborate findings by state and federal agencies that conditions at the trail crossing locations at the perimeter of the Refuge boundary are consistent with previously established public health standards for recreational activity.

Based on the results of the independent testing, all members of the Partner Group, except the City and County of Broomfield, agreed to move forward with the FLAP grant. (See below for links to Resolutions and Agenda items) In May 2021 the FLAP Partner Group signed an intergovernmental agreement to dedicate required matching funds to proceed with the design and construction of the crossings at Hwy 128 and Indiana St. This IGA forms the basis for Jefferson County Open Space, on behalf of the Partner Group, to enter into a formal agreement with FHWA to begin work. Final design and construction of the crossings is happening concurrently with an RFNWR project to complete connecting trails within the refuge. Upon completion of these separate but complementary projects, the Rocky Mountain Greenway will be complete from Rocky Mountain Arsenal into Boulder County. 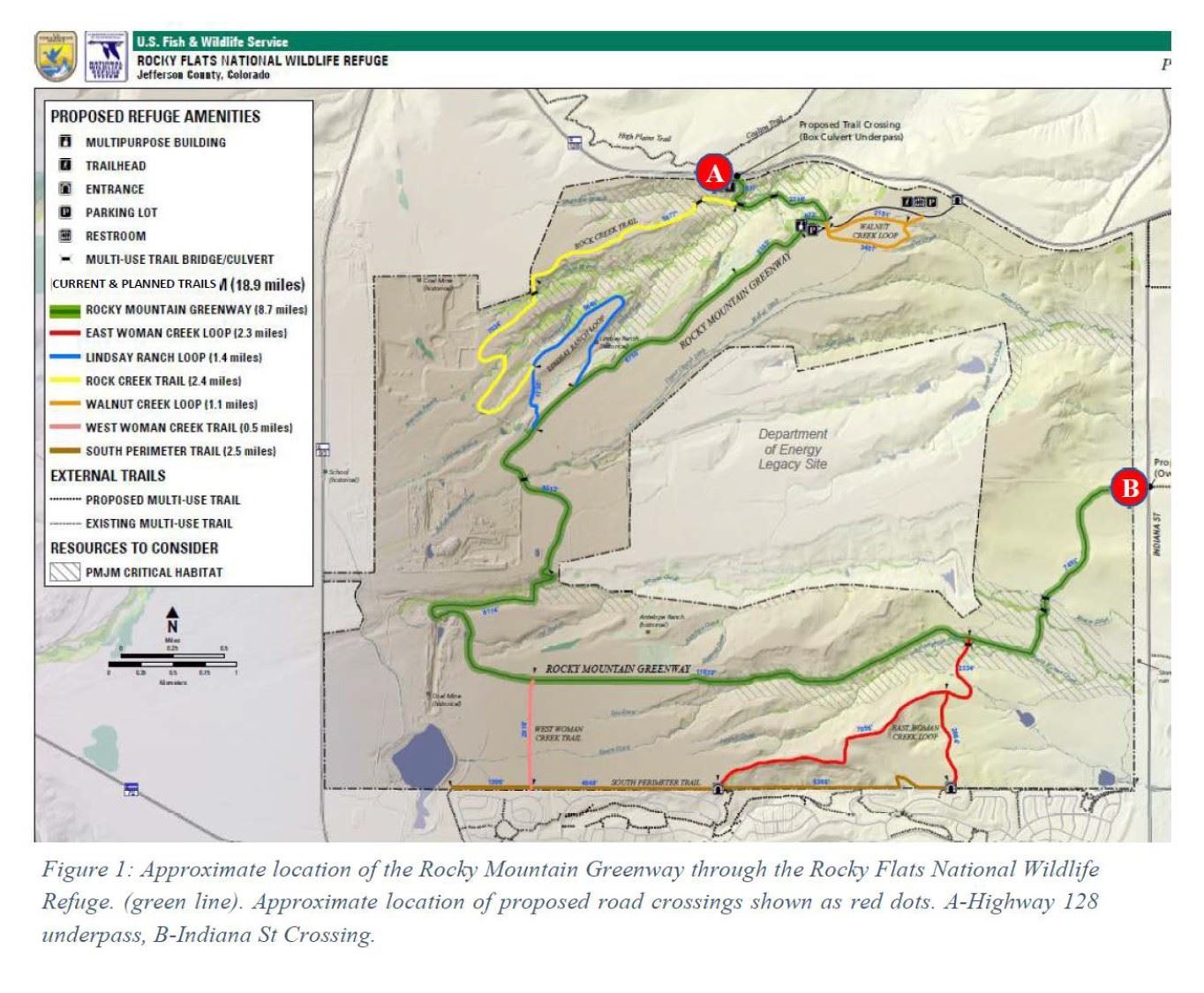