Don Davis joined Jefferson County as county manager in May of 2017. 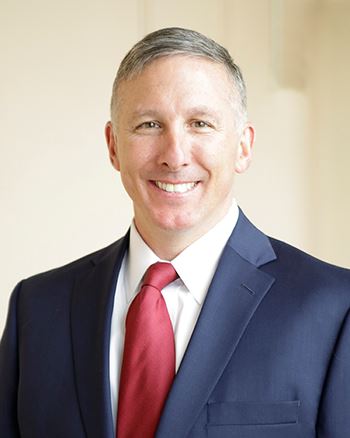 Don, born in 1968 in Dover, New Jersey, graduated from Dover High School in June 1986. He attended Rensselaer Polytechnic Institute in Troy, New York, receiving a Bachelor of Science degree in Management and was commissioned a Second Lieutenant in May 1990 in the United States Marine Corps.

From 1990 until 2017, Don served his country in many different roles, locations and commands. He was deployed numerous times, including to Iraq in support of Operation Iraqi Freedom and Afghanistan as the Commanding Officer for Marine Corps Logistics Command Forward. The last few years of his career in the Marines, he assumed command of the Marine Corps Logistics Base in Albany, Georgia for three years and then was the Chief of NORAD-NORTHCOM Theater Strategy and Campaign Plans Division.

After he retired from the military at the rank of Colonel, he moved on to his next adventure as County Manager, serving the citizens of Jefferson County, Colorado. He joined Jeffco in May 2017, where he enjoys serving alongside more than 3,000 dedicated employees.

Don is a graduate of the Marine Corps Command and Staff College; the Amphibious Warfare School; the Executive Leadership Program from the University of North Carolina Chapel Hill – Kenan-Flagler Business School; and the Marine Corps Executive Logistics Education Program at Penn State. He holds two master's degrees; one in Public Administration from Webster University, graduating with high honors in March 1996 and a second in Strategic Studies from the Marine Corps War College in 2011.