David K. Wall, a native of Logan County, Ohio, arrived in Jefferson County from South Bend, Indiana in 1859. He helped to found the town of Golden and introduced irrigation farming to this part of Colorado. During his first year in Colorado he served as a member of the 1859 Provisional Legislature of Jefferson Territory, a territorial organization that was never recognized by Congress. Wall was elected to a one year term on the first Board of County Commissioners, but resigned and left Jefferson County midway through his term. After spending the years 1865 to 1871 back in Indiana, Wall returned to live in Denver, where he became a prominent stage company and hauling operator. Prior to moving to Colorado, Wall worked as a miner, storekeeper and produce gardener in California during the Gold Rush of the early 1850s. 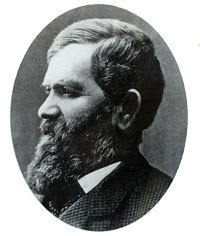