Jack L. Trezise, Jr., a Jefferson County native, worked 28 years for the Continental Oil Company as a service station and bulk plant owner. Prior to his election as Commissioner, he served on the Golden City Council from 1956 to 1962 and on the Jefferson County Public Library Board of Trustees in 1966. He also served as a director of the Rural Transportation District and was active in Industries for Jefferson County and the National Association of Counties. In 1980 he was awarded the Eighth Annual John V. Christensen Award for his years of civic and government service. Trezise was Vice-President of Golden State Bank at the time of his death. 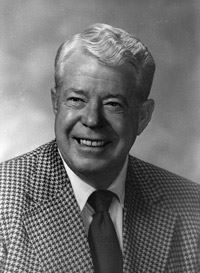