Walt Tomsic was a Walsenburg native and longtime Arvada resident. He was employed by Jefferson County between 1958 and 1968 as Zoning Administrator, Planning Director, Director of Traffic and Safety, Chief Building Official and Director of Purchasing and Accounting. Later Tomsic was Program Administrator for the Colorado Division of Housing and Director of the Division of Local Government. At the time of his election as Commissioner, he was a private business consultant. Commissioner Tomsic died of a heart attack during his term in office. 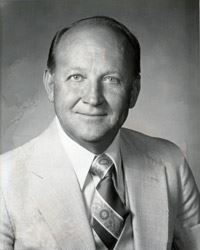