John P. Stone, a Michigan native, came to Colorado in 1974 during a 19 year career in law enforcement. He served as a police officer for six years in California on the Palo Alto police force and for 13 years in Colorado with the Lakewood Police Department. He also served as president of the Bancroft Fire Protection District from 1982 to 1987. Stone then was elected to three terms as county commissioner. During those 12 years he was a strong supporter of transportation improvements, particularly new roads, bridges and interchanges in the fast growing south part of the county. He also supported the construction of five new public libraries, the acquisition of nearly 17,000 acres of Open Space land, and the development of the Government Center Campus and its facilities to house county government offices. Stone holds a master's degree in public administration and a baccalaureate degree in criminal justice. In 1998 he was elected Sheriff of Jefferson County and returned to law enforcement. 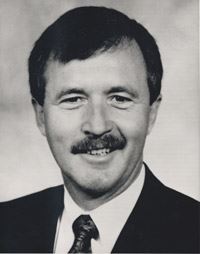