Prior to his election as commissioner, Rick Sheehan served as financial officer for Arapahoe County and taught financial reporting at Regis University. Previously, he worked in the Colorado State Auditor’s Office and taught social studies in the Aurora Public Schools. As county commissioner, Sheehan was a fiscal conservative whose accomplishments included implementation of a new accounting system and performance measures, and establishment of a Finance Director position. He fought for statewide transportation funding equity and the redirection of funds to Jefferson County and the Metro area. His efforts on wildfire mitigation resulted in a multi-jurisdictional Memorandum of Understanding for a biomass facility to reduce forest fuel load and the fire danger for 70,000 mountain residents. Sheehan earned a Master’s in Business Administration degree, holds a Certified Public Accountant’s license in Colorado, and is a certified government finance officer. Commissioner Sheehan resigned in February 2005. 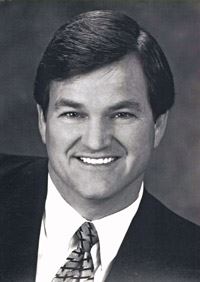