Emil M. Schneider was a lifelong Arvada resident and farmer who was active in the Arvada Chamber of Commerce and Clear Creek Valley Grange. A proponent of parks and recreation, Commissioner Schneider engineered the purchase of land for the Jefferson County Fairgrounds. Later he personally sold land at a nominal price to the North Jeffco Metropolitan Recreation and Park District for the Indian Tree Golf Course. Emil Schneider Park at 72nd Avenue and Wadsworth Boulevard is named for Commissioner Schneider 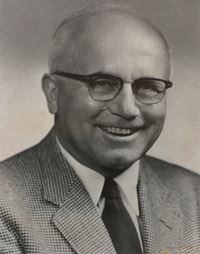