Joanne K. Paterson was the first woman to have been elected Commissioner in Jefferson County. A practicing attorney, she moved to Colorado in 1966 from Cleveland, Ohio where she had worked to demonstrate the practical and financial benefits of urban renewal. She volunteered extensively with Jefferson County Legal Aid shortly after its establishment in the early 1970s. Commissioner Paterson was instrumental in having the Solar Energy Research Institute (now the National Renewable Energy Laboratory) located in Jefferson County, and was a strong advocate of controlled county growth. 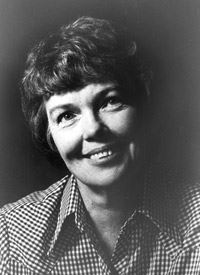