John Odom was appointed in 2011 to fulfill the remainder of the term of the District 2 County Commissioner seat vacated by J. Kevin McCasky. Odom grew up in Lakewood, attending Stober Elementary School, Manning Jr. High School in Golden, and graduated from Jefferson High School in Edgewater. He obtained a bachelor’s degree in Chinese from Metropolitan State College of Denver and CU. As part of his degree, he attended schools in China for an intensive, language immersion program. Fluent in Mandarin, he owned and operated a small business in Beijing in the 1990s. He earned an MBA at the Thunderbird School of Global Management in Arizona and was an aide/intern to Colorado State Senator John Evans. He was also very involved in charity work with projects that sent Colorado doctors overseas to perform lifesaving surgeries. He took two Colorado surgeons to Hohhot, Inner Mongolia in China, where they operated on two teens who suffered with severe scoliosis (deformity of the spine). 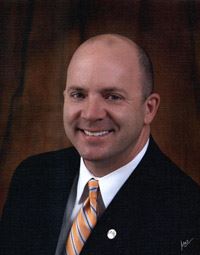