Carl G. Morse, a native of Athens, New York, moved to Denver as a child and became a longtime resident of the Lakewood area. After graduating from Colorado A & M in 1913, he worked for his uncle's Morse Brothers' Machinery Company in Tennessee, then lived in Comstock, Nevada and western Colorado before returning to the Denver area in 1929. In 1932 he established the Carl G. Morse Insurance Co., which he operated until his death. Commissioner Morse worked to obtain park land for the county, and Carl G. Morse Park at West 20th and Carr was named for him in 1959. He was an organizer and director of the Lakewood Sanitation District, served on the Lakewood School Board for 10 years, and was a founding member and first president of the Lakewood Kiwanis Club. 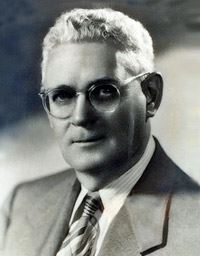