Betty Miller was born in Bluefield, West Virginia and lived in Jefferson County from the time she first moved to Colorado in 1959. She was elected to the State Legislature in 1964 and served one term. She was active in the incorporation of the City of Lakewood in 1969 and served for six years as the first woman elected to the city council. In 1974 Miller was appointed by Governor Richard Lamm as Executive Director of the Department of Local Affairs. Beginning in 1977 she served four years as the Regional Administrator of the U.S. Department of Housing and Urban Development under President Jimmy Carter. She then became the District and State Director for U.S. Congressman and Senator Timothy Wirth for eight years. As County Commissioner, Miller was a strong supporter of the Open Space Program, the County-wide planning effort known as Future Jeffco, and promoted open, service-oriented government. Miller had a Bachelor's degree in Chemistry from Ohio University and received many awards, including Outstanding Woman of 1972 from the Lakewood Sentinel, 1977 Citizen of the Year from the Lakewood Board of Realtors, the Third Annual Leo C. Riethmayer Outstanding Public Administrator Award in 1980, and Lakewood's Historical Belmar Village 1994 Woman Who Made A Difference. Betty Miller died January 28, 2012. 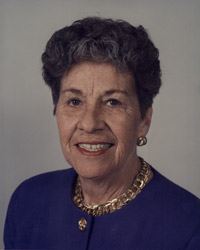