Michelle Lawrence, a Colorado native, was a graduate of Arvada High School in Jefferson County and co-owner of Marshall Liquors, a long-time family owned business in unincorporated Jefferson County. She was an active supporter of Arvada cultural and community organizations, including serving on the Board of Directors of the Arvada Chamber of Commerce. She was twice elected a State Representative to the Colorado Legislature, serving from 1990 through 1994. As county commissioner, Lawrence strongly supported the county’s Open Space program including playing a pivotal role in the county’s acquisition of over 700 acres on South Table Mesa in Golden. She also focused on ensuring that Jefferson County’s budget was fiscally responsible in an era of limited public resources. 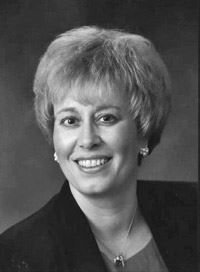