Gary D. Laura was born in Trenton, Michigan and moved to Colorado in 1987. He began his career as a Professor of Music at the University of Windsor, Ontario, Canada, and subsequently became an Assistant to the Vice President at Wayne State University in Detroit, Michigan. In 1982 Laura moved into the health field as a Public Health Advisor with the Centers for Disease Control in Atlanta, and later served as Director of Crisis Intervention for greater New Orleans. He moved to Colorado to become the academic dean at Park Junior College. One of Laura's major achievements as Commissioner was initiating the Front Range Mountain Backdrop Project, an effort he led to create a linear park system in five counties along the Front Range from Colorado Springs to the Wyoming border. He was also active in promoting the County's interest in a long-term solution to the environmental problems at the Rocky Flats Environmental Technology Site, and supported the county-wide long-range planning effort known as Future Jeffco. Laura holds a Master's Degree from Wayne State University and a Baccalaureate Degree from Michigan State University. He is active in local music pursuits. 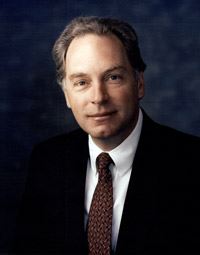