Clarence H. Koch was a Golden native who worked for many years as an electrical engineer and utility executive. He was employed by the Colorado Central Power Company from 1924 to 1945. After resigning from the power company, he organized the Davison-Koch Furniture Store in Golden, which operated between 1945 and 1950. Koch also raised cattle on his ranch in Mount Vernon Canyon after 1941, and until 1965 when he moved with his family to a ranch at Livermore, north of Fort Collins. He lived there and in Fort Collins until his death. 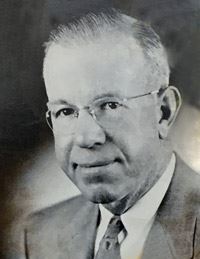