John W Jump, a native of Winnemucca, Nevada, was a rancher in Golden Gate Canyon at the time of his election as Commissioner in 1962. Prior to his election he also operated as a general contractor and subdivider in Jefferson County and was a founder and director of the North Table Mountain Civic Association. Commissioner Jump served as a bomber pilot in the 9th Air Force in Europe during World War II, and was a member of Highlands Lodge 86 A.F. & A.M. Since 1969 he resided in retirement on Colorado's Western Slope. Mr. Jump died April 22, 2012. 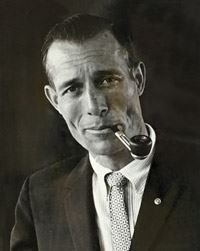