Patricia B. Holloway, a Salt Lake City, Utah native and fifth generation westerner, moved to Colorado in 1977. After attending Westminster College in Salt Lake City she began her career in the motion picture industry and was founder and president of the Utah Chapter of Women of the Motion Picture Industry. She later worked for Colorado Public Television Channel 12, and was a licensed realtor in the Denver metro area. In 1997, Commissioner Holloway initiated the Jefferson County Mountain Ground Water Resource Study, a collaborative effort of the county, the EPA and the USGS, which was the first such study in the nation. She was Chairman of the Board of County Commissioners during the 1999 Columbine High School tragedy and subsequently lectured to state and local governments about Columbine. She was extremely influential in the establishment of the Rocky Flats Wildlife Refuge and preservation of the historic Lindsay Ranch at Rocky Flats. 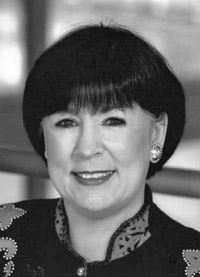