Cecil S. Holley was born in New York State and moved to Wheat Ridge in 1877 from Illinois. After moving to Central City for a brief time he returned to Wheat Ridge, where he lived for the rest of his life. One of Commissioner Holley's duties was to serve as the County Superintendent of the Poor and distribute County aid to the indigent. Prior to his election as Commissioner, Holley was elected to the Wheat Ridge School Board in 1885, and served as a Justice of the Peace. He was a graduate of Michigan University and well known for his academic background. 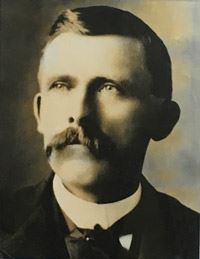