Duncan Harrison was an early Colorado pioneer who arrived in 1859 from Iowa. He was born in Cornwall, Ontario, and prior to moving West worked as a carpenter, joiner and pattern maker. On arriving in Colorado, Harrison placer mined in Gilpin County for a few months before moving to Golden where he spent the rest of his life. For many years he was a building contractor before opening a drug store on Washington Avenue in 1883, which he operated as a registered pharmacist until the age of 90. He also ran a dancing academy in Golden for many years. 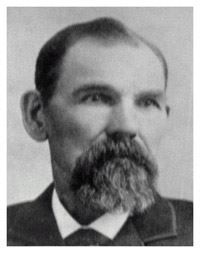