George W Harriman was born in Argentine, Canada and came to Colorado from Wisconsin in 1860. He operated a boarding house in Central City for a year, and then moved to Kenosha in Park County where he built and operated a hotel for three and a half years. In 1865 he sold out and returned to Wisconsin. The following year he returned to Colorado as a stage operator. In 1867 Harriman moved to Turkey Creek, two miles above Morrison, where he built a hotel. He moved again in 1870 to a ranch on Bear Creek where he was active in irrigation and reservoir enterprises. He sold his ranch in 1897 and retired to Fort Logan. 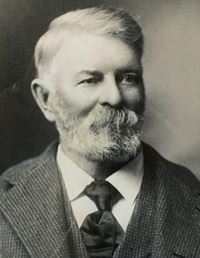