George S Green was appointed by the Governor in March 1940 to succeed deceased Commissioner George W Parfet, and subsequently won election three times. Green was born in Orange County, Virginia and came to Hoehne, Colorado with his parents in 1886. He lived and ranched in Las Animas County until 1917 when he moved to a ranch near Blackhawk in Gilpin County. The following year he came to Jefferson County where he became a prominent stock raiser in Golden Gate Canyon. He was Treasurer of the Colorado Cattleman's Association for 14 years. 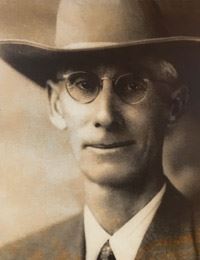