William George Duvall was born in Tennessee, raised in New Jersey, and moved to Colorado about 1900. Here he attended the Colorado School of Mines and worked for Mountain State Telephone and Telegraph at Silverton. Shortly thereafter, he co-founded Duvall-Davison Lumber Company in Golden, of which he was president and manager until shortly before his death. He was also president of the Evergreen Lumber Company for many years. Duvall served as chairman of the Colorado Highway Advisory Board during the late 1920s, and was honored by the Golden Chamber of Commerce in 1952 for his 25 year campaign for construction of a highway in Clear Creek Canyon. 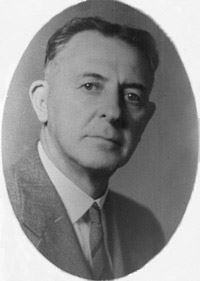