Dave Auburn was sworn in as a Jefferson County Commissioner on March 1, 2005 after being appointed to fill an unexpired term. Auburn graduated from the Jefferson County Sheriff’s Department Citizens Academy and served as a victim advocate for that same department. He served as a member of the 1st Judicial District Citizen Advisory Board and worked as a corporate manager. Auburn served as a Veteran’s Administration Fiduciary, responsible for the estates of disabled veterans in Colorado. He also was a vice president of the Council of Homeowners Organization for Planned Environment (COHOPE). He was a graduate of the University of Phoenix with a Bachelor of Science degree in Business Administration. In addition, Auburn received an Associate of Science degree in Mechanical Engineering from Western Michigan University. 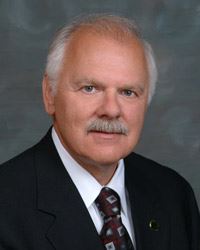