William M. Allen, a native of New Brunswick, Canada, immigrated to the United States in 1856 and settled in Rockford, Illinois as a farmer. He arrived in Colorado in August 1859 and prospected and mined at Russell Gulch in Gilpin County until 1863. That year he settled in what became the Arvada area where he farmed extensively and was a developer of irrigation ditches. Allen served as a 100-day volunteer in the 3rd Colorado Volunteers in 1864 and was present at the Sand Creek Massacre in eastern Colorado. 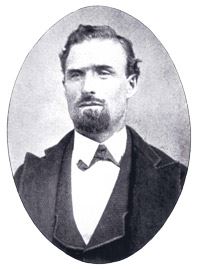