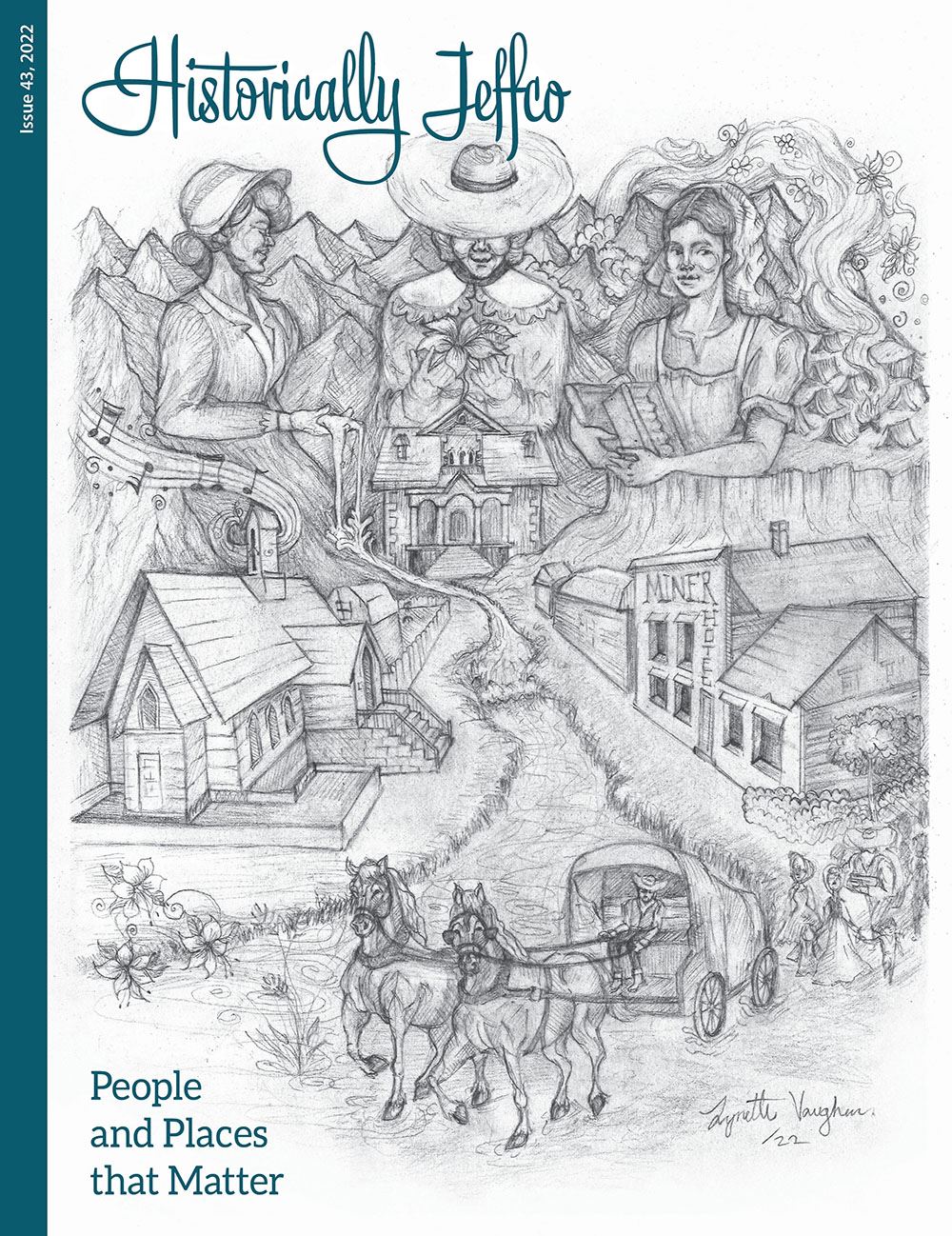 have indexed 40 issues of the Historically Jeffco Magazine from 1988-2019.

Best Viewing Experience: These pdf files include bookmarks and links. The magazines have been formatted in 2 page spreads. Be aware that clicking and viewing them within your browser window will display them as single pages. To view them as they were intended, download the file to your computer (right click - Save Link As.. or Save Target As..) and open with Adobe Reader.

The Jefferson County Historical Commission (PDF)
Everything you wanted to know about the Historic Commission: the who, what, why, and when.

Historic Tourism in Jefferson County (PDF)
Tourism has played an important role in the development of the Colorado mountains since the first days of settlement and exploration.

Historic Mining and Quarrying in Jefferson County (PDF)
Early prospectors scoured Jefferson County for precious metals, but found little other than some placer gold in Clear Creek. Jefferson County’s other mineral resources, such as coal, claystone, quarry rock, sand, and gravel, proved to be more important and supported a variety of industries.

Historic Transportation in Jefferson County (PDF)
Long and narrow, Jefferson County stretches north-south 70 miles along the Front Range, therefore most travel routes from Denver to the mountains pass through the county.

Resources for Historical Research (Word document)
This is a list of resources for research that has been prepared by Commission members for use by the general public.

The Foxton-Pine Grove Project was initiated by the residents of Valley of the North Fork of the South Platte, the Jefferson County Historical Commission (JCHC) and Colorado Preservation, Inc. (CPI) to identify opportunities to preserve the area’s cultural, historic and natural resources and open space. In 2004, the JCHC and CPI received assistance for developing an Action Plan from the National Park Service’s Rivers, Trails and Conservation Assistance (RTCA) program. After many meetings, in March 2007, the Plan was complete. While this plan has not been adopted by the Jefferson County Planning Commission or the Jefferson County Open Space Advisory Committee, it is a good indication of the desires of the community.

Initiated by the JCHC in November of 1999, this project was undertaken to create an inventory of historic (pre-1951) properties, evaluating each in the field to determine its architectural integrity and its potential historic or architectural significance.

The multi-phase project was motivated by concern for preserving historic properties in the county’s unincorporated areas. The 1999 – 2002 Cultural Resource Survey is intended to lay a foundation for a pro-active program to preserve the last physical links to the county’s past.