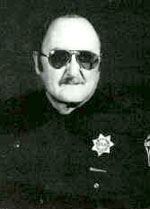 Deputy Truesdale was shot and killed by two masked gunmen who were attempting to rob a bank in Lakewood, Colorado. When the men entered the bank with guns drawn, Truesdale confronted them. The men shot Truesdale and the deputy died immediately from his wounds. The suspects fled and were later captured. Both gunmen were sentenced to life in prison.