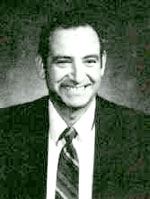 Killed in the line of duty June 17, 1987, from an accident the previous day on Scar Top Mountain in Coal Creek Canyon, Jefferson County, Colorado.

Deputy Miller was the observer in the Sheriff's Department helicopter when a call came in about a young man contemplating suicide on top of Scar Top Mountain in the rugged mountains of northwest Jefferson County. The helicopter was piloted over the rough terrain searching for the young man when a probable down draft caused the helicopter to crash into the trees. Deputy Miller died as a result of the crash; the pilot survived.