The Pike’s Peak country, remote from the surrounding governments of Kansas, Nebraska, Utah, New Mexico, and Washington Territories, needed a local government. So, over the spring and summer of 1859 a small convention formed the self-proclaimed Territory of Jefferson, carved out of the surrounding recognized territories, and on October 24, 1859, held an election for the Provisional Government. 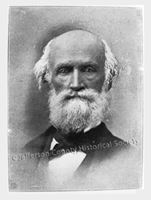 From 1859 to 1861 the territorial capital wandered between Denver City and Golden City, but much of the administration was handled at the home of Gov. Steele in the Jefferson County foothills town of Mount Vernon, located south of the present-day Interstate 70 and west of the Morrison Road exit.

See the chronological history of Jefferson County through a decade-by-decade timeline in the Archives website.

Get a sense of what life was like in Jefferson County by viewing the online photo scrapbooks in this section (see navigation to the left).

PastPort is a program designed by the Jefferson County Historical Commission to encourage visitation and appreciation of local historic sites within the county. During 2010-2011, eight special sites had been selected that have attained recognition on the National Register of Historic Places or as a National Natural Landmark, with a road trip on a National Scenic Byway thrown in for extra fun. From the Denver suburbs to the Rocky Mountain forests, these places showcase what makes Jefferson County unique. 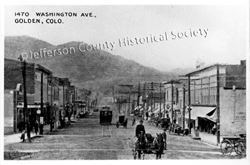 We encourage explorers, young and old, to take a trip through time in their own back yards, from the Age of the Dinosaurs to the Gold Rush to the 20th Century. You can visit mansions and sod houses, ghost towns and thriving cities. Elementary-aged explorers who visited all eight of the sites by August 1, 2011 and had their PastPorts stamped, received a  special-issue Time Traveler badge.