About the Detention Chief 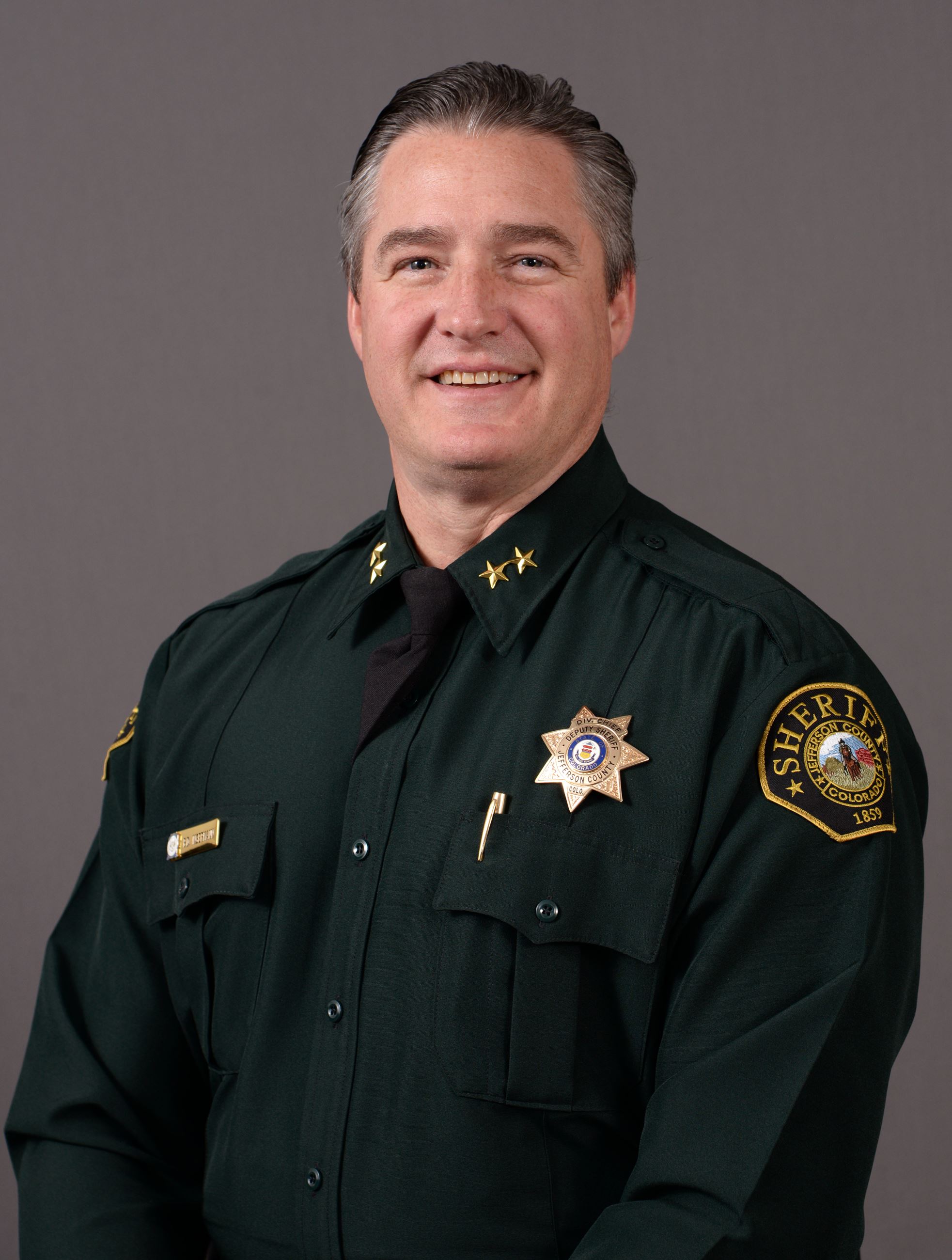 Brad Ingermann serves as Division Chief for the Detentions Division and the Jefferson County Jail.

Division Chief Brad Ingermann was born and raised in Jefferson County, Colorado and joined the Jefferson County Sheriff’s Office in 2013. He previously worked in detentions operations, patrol operations and served as a financial crimes investigator within the criminal investigations division. He promoted to the rank of sergeant and reassigned to the patrol division where he eventually rose to the position of commander. Most recently, he served as the special operations commander and was responsible for the Jefferson County Regional SWAT Team, Bomb Squad, K-9, Traffic, DOU, and the School Resource Officers.

Chief Ingermann has a Bachelor’s Degree in Business Management from Bentley University, a Master’s of Business Administration from Regis University, and is a graduate of the Northwestern School of Police Staff and Command, Class #504.