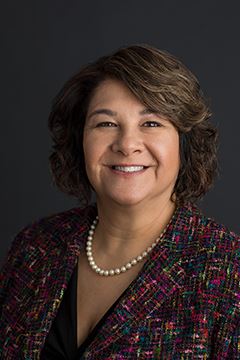 Libby Szabo is a resident of Arvada and former state legislator. She was elected to her first four-year term in November of 2016.

She currently serves as the Chairman of the Board of County Commissioners and the Law Enforcement Authority.  She also serves on the following boards:

Prior to becoming county commissioner, Szabo was Assistant Minority Leader of the Colorado House of Representatives. She was the first Latina female to be elected to a House leadership position. She was serving her third term as a state legislator when she was chosen by the Republican Party Vacancy Committee to fill an unexpired county commissioner's term in 2015.

Szabo is a Colorado native. She and her husband of 34 years, Denes, have deep roots in Jefferson County, where Libby grew up. They have four children and have two grandchildren.

The Szabos own a family business that has been in operation for more than 40 years. Commissioner Szabo also has experience in the mortgage lending and financial services industry. She is very active in her community, coaches youth sports, and volunteers at her church.